The Republic of The Congo published Friday, the provisional results of the first round of legislative elections.

The polls which took place early July saught to fill the 151 seats of the National Assembly.

According to the Minister of territorial administration, Guy Georges Mbaka, who announced the provisional results, the ruling party dominated the election.

The Congolese Labour Party (PCT) of President Denis Sassou Nguesso won more than half of the 151 seats.

The voter turnout was not communicated by the authorities.

A second round of legislative elections is expected to take place by the end of July. Facing the PCT, the Pan-African Union for Social Democracy and the Union of Humanist Democrats.

The Federation and the Collective of the Congolese Opposition chose to boycott the vote.

At least 3,000 observers sent by national NGOs, the African Union (AU) and the Economic Community of Central African States (ECCAS) are overseeing the vote. 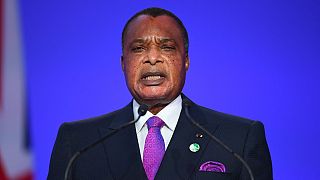