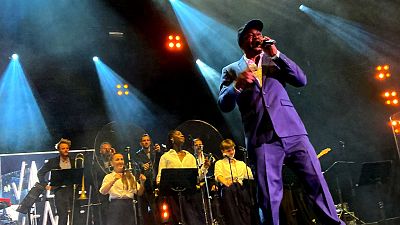 Jazz lovers are back in the south of France as the Jazz à Vienne event kicks off.

One of Europe's oldest jazz festivals and its huge (8000 seats) Roman amphitheatre gathers thousands of music aficionados attracted by the breathtaking setting from where the audience can listen to good sound.

This year, Claude M'Barali better known as MC Solaar, a French rap legend, set the ball rolling with a melting pot of his first three albums which marked the history of rap in the 90s, with a strong jazz influence...

"It's a revival, and the fact that we're at Jazz à Vienne means that at that time, one of my inspirations was jazz, the singer and composer explains. The composers were sampling jazz or mixing "jazz", that is to say with musical arrangements rather than "boom-boom" (with musical arrangements, and not only based on BPM, editor's note). It's a great pleasure to find that again.nd the fact that we're playing here, with a Big Band, we're about thirty people on stage... playing these things again, it's extraordinary."

A rap performance that is more poetic than hardcore, more festive than aggressive, and that draws from rock, salsa or reggae... managing to bring together influences from several continents, journeying though Africa, Europe, via America. The performer was born in Dakar to Chadian parents in 1969.

"I call this "Around the world in an 7-inch record", MC SOLAAR says. We have all kinds of music, sometimes we have stories like those of African griots. There is the power of American music with rap, and we even brought in France with Serge Gainsbourg, whom we sampled... basically, music softens people's hearts, and it has no borders: that has always been a credo."

MC Solaar has been able to re-release his three albums after a conflict of several years with the record company Universal which blocked the rights.

He'll be touring Europe this summer. 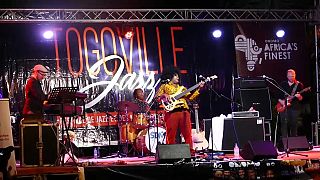 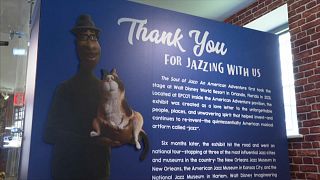 History of jazz infused with 'Soul,' in new museum exhibit

History of jazz infused with 'Soul,' in new museum exhibit