At least 28 people have drowned after their boat capsized in north-western Nigeria as they tried to cross a river to fetch firewood on Tuesday evening.

Regional government official Aliyu Dantani has said most of the dead were teenage girls after emergency workers and volunteers retrieved their bodies from River Shagari in Sokoto state.

Five children were also reported among the dead. The boat was said to be carrying an unspecified number of passengers. Search and rescue operations are still on going, according to Dantani.

The cause of the accident was not clear but boat mishaps are common on Nigerian waterways mostly due to overcrowding particularly in the annual rainy season.

Late last month 13 people fleeing a raid on their village by criminal gangs drowned when their canoe capsized in central Niger state, according to emergency services.

And in May 2021, scores of people died after an overloaded boat capsized in the northwestern state of Kebbi. There were around 180 passengers on board. 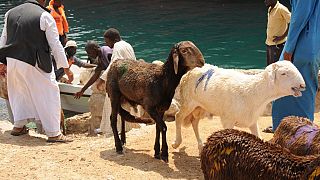