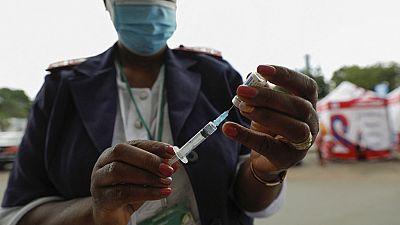 **The European Union (EU) on Monday reiterated its opposition to the lifting of patents vaccines against Covid-19. **

This comes three days before a summit with the African Union (AU), which has made the subject one of its priorities.

"We do not want to call into question a system of intellectual property that allows innovation and that has made it possible, in particular, to have a vaccine for humanity very quickly with regard to Covid-19," said French Minister for Foreign Trade Franck Riester, at the end of a meeting in Marseille (southern France) with his EU counterparts.

WHO optimistic about vaccine development by South Africa https://t.co/t5lFp3sH0A

"We think it is important that there is access to all for the vaccine and those countries that wish to do so can produce the vaccines themselves on their territory. We believe that intellectual property should never be a barrier to this ability," he stressed.

The 27 EU Member States, including France, gave their support on Monday to a Commission proposal to facilitate access to voluntary licenses, authorisations granted to companies to manufacture and export vaccines, which will remain protected by patents.

Several emerging countries, including India and South Africa, are calling for the temporary abandonment of intellectual property protections for vaccines in the fight against the pandemic. They say this would boost global production and help address inequalities in access between rich and poor nations.

AU members would like to include this request in the conclusions of the summit with the EU scheduled for Thursday and Friday in Brussels. "The African Union (...) urges the European Union to engage constructively towards the conclusion of a targeted and time-bound waiver," a document seen by AFP said.

At the end of January, World Trade Organisation (WTO) Director-General Ngozi Okonjo-Iweala said that a compromise between rich and developing countries could be found within the international organisation in the "next few weeks" on lifting patents. But on Monday, EU ministers said they hoped for a WTO deal in June at the earliest.

"Voluntary licensing is the best way to ensure the necessary technology transfer," she added. 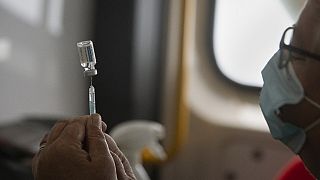 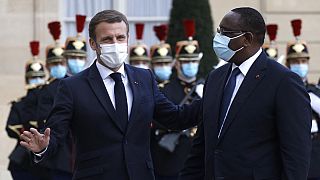