The Congo Basin is home to the world's second-largest rainforest after the Amazon. It covers 180 million hectares, two-thirds of which are in the Democratic Republic of Congo, a country as big as the whole of Western Europe.

Standing at a whopping 55 metres high, Yangambi's flux tower, CongoFlux, in the Congo Basin is one of the latest additions to the world's 1400 already existing flux towers. It was designed by the University of Ghent in Belgium and erected last year in the middle of the forest.

The site where it is located has once again become a place of experimentation where they are trying to fight global warming and restore biodiversity for the benefit of all.

Thomas Sibret, a CongoFlux project manager says the structure allows the team to quantify the exchange of greenhouse gases between the atmosphere and the forest. "We can therefore continuously calculate the amount of carbon emitted and sequestered by the Congo Basin forest.", he adds.

Michel Baudouin, rector at ERAIFT (the regional post-graduate training school of integrated management of tropical forest and lands), explains that the Congo Basin rainforest "is not the second lung of the planet but the first lung of the planet." It is the second biggest in size, but first in terms of a carbon sink.

The Yangambi Reserve was once the largest tropical research station in the world when the country was a Belgian colony. CIFOR, the Center for International Forestry Research, is reviving Yangambi in partnership with national authorities and the project is called FORETS. It is financed by the European Union.

Jean-Marc Chataigner, the EU ambassador in the Democratic Republic of Congo says that "The DRC is a solution country. It is a huge country with immense forestry resources." This is one of the reasons it gets the biggest biodiversity conservation fund from the EU in Africa. According to Chataigner, its forestry resources can contribute "to the development of local populations and the conservation of the planet."

Educating the Next Generation

The FORETS project starts at the Faculty of Science in Kisangani, where future forestry experts are trained. The 260 master and doctoral students do their practical work in Yangambi. Yves, one of the teachers there, regularly leads awareness workshops for children as they will be the next generation responsible for the protection of the forest.

The FORETS project also includes research on coffee and wood, the construction of a biomass cogeneration plant to provide electricity, the production of honey, and thanks to agroforestry, the fight against deforestation.

Olivier Mushiete, the director-general of ICCN (the Congolese Institute for the Conservation of Nature) tells us that agroforestry is a solution to "make sure there is less degradation of the forest". To him, it's all about "teaching and encouraging local communities to plant the trees they need to fertilize the soil and to produce wood for energy."

The FORETS project's nursery supplies farmers with seedlings. Amongst the peanut plants, they are now planting acacias, fast-growing trees. The goal is to plant five million trees here and restore the damaged biodiversity.

Agroforestry makes sense in Ntsio, on the Batéké plateau, 150 kilometres east of the capital. The European Union has been investing in this savannah since 2013 to help develop agriculture on the sandy soil. The goal is to feed the local population and people in Kinshasa whilst also slowing down the rural exodus.

260 families are spread over 5,500 hectares, which have been developed to recreate fertile forest conditions. On their land, each farmer produces palm oil, cassava, cereals or pulses beneath the shade of the acacias.

Benjamin Tandala Kalenza, a farmer explains that acacias are good for biodiversity because the leaves that fall pile up and form a layer of humus over the years. "The roots of the acacia fix and absorb nitrates that fertilise the soil, just like the forest would."

For water, the families share standpipes supplied by a borehole. The Ntsio project has enabled the farmers to increase their income tenfold. It has changed the lives of people in Ntsio as Judith a farmer explains. She no longer has to buy food like cassava, she harvests it and makes money from it.

An exceptional nursery, rare in Central Africa, supplies the farmers and enables street children from Kinshasa to participate in the project. Surrounding the agroforestry site, heifers graze in a large meadow that serves as a firebreak to slow savanna fires, in this way they also play their part in protecting biodiversity there as well. 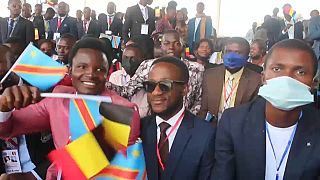 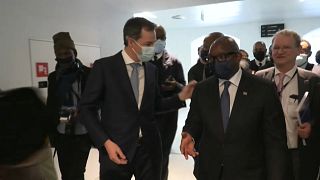 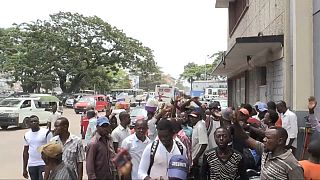