The exploitation of migrants in Africa and the protection of their human rights were among the topics discussed by officials on Wednesday at a conference looking at the impact of migration across the African continent.

Representatives from the United Nations and the International Organization of Migration as well as officials from African countries and the African Union took part on Wednesday in the last day of two-day discussions on migration and human mobility inside and outside the continent.

Speaking during the meeting Felipe González Morales, the UN's Special Rapporteur on the human rights of migrants, said the coronavirus pandemic, conflicts, food insecurity and climate change were some of the major factors forcing people to move inside and outside the continent.

He also highlighted the "criminalization of migration in some countries" which he said had led to an increase in the smuggling and trafficking of migrants.

"The real anomaly is not that women and men and children make the difficult choice to migrate, but that smugglers exploit their vulnerability," he said.

Morales also urged countries not to use the pandemic as an excuse to postpone the implementation of goals set out in the Global Compact for Safe, Orderly and Regular Migration (GCM).

In 2018 more than 160 world governments unanimously adopted the historic GCM framework which was set to manage international migration in a safer and more dignified way.

The conference took place in preparation of a report that will be presented and discussed in the Global Review of the Implementation of the GCM in 2022. 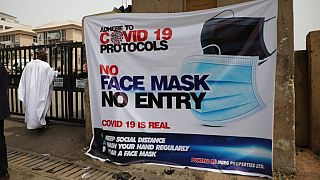