Burkina Faso's Hugues Fabrice Zango made history on Thursday as he claimed his country's first-ever Olympic medal in the men's triple jump.

The 28-year-old, who also won bronze at the 2019 World Championships in Doha, jumped 17.47 meters to claim third spot on the podium.

Pedro Pichardo of Portugal won gold with a jump of 17.98 meters to claim his first Olympic title, while China's Zhu Yaming took silver at Tokyo's Olympic Stadium with 17.57.

On Twitter, President Roc Marc Kabore described his win as a 'national pride'.

Zango's first Olympic outing was at the Rio Games five years ago.

He had to juggle his busy school schedule to train for the Tokyo Olympics in southwest France, where he's an engineering university student. 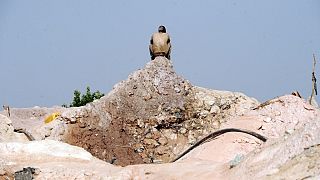 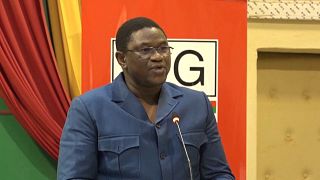