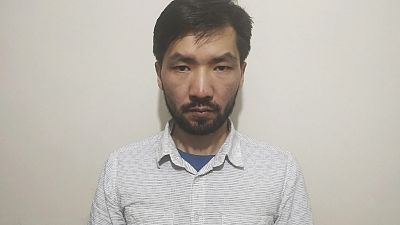 Moroccan authorities have arrested a Uyghur activist in exile based on a Chinese terrorism warrant distributed by Interpol, according to information from Moroccan police and Safeguard Defenders, a rights group that tracks people detained by China.

Activists fear Yidiresi Aishan will be extradited to China, and say the arrest is politically driven and part of a broader Chinese campaign to hunt down perceived dissidents outside its borders.

Morocco’s General Directorate for National Security said Tuesday that a Chinese citizen was arrested after landing at Mohammed V International Airport in Casablanca on July 20, upon arrival from Istanbul.

He “was the subject of a red notice issued by Interpol due to his suspected belonging to an organization on the lists of terrorist organizations,” the directorate said.

The red notice - the equivalent of being put on Interpol’s most-wanted list - was issued at the request of China, which is seeking his extradition, the directorate said. It added Moroccan authorities notified Interpol and the Chinese authorities about the arrest, and the Chinese citizen was referred to prosecutors pending the extradition procedure.

Aishan, a 33-year-old computer engineer and father of three, has been based in Turkey since 2012, where he worked as a web designer and activist and has residency papers, according to friend and colleague Abduweli Ayup. Aishan worked on a Uyghur diaspora online newspaper and assisted other activists in media outreach and collecting testimonies of abuse in China’s Xinjiang province.

After repeated arrests in Turkey, Aishan left Istanbul for Casablanca on the evening of July 19, Ayup said. Aishan called his wife on Saturday and said he was being deported, according to Ayup, who is in touch with Aishan’s family.

Interpol and the Chinese Embassy in Morocco didn't immediately respond to requests for comment on the arrest. The exact charges against him are unclear.

Morocco ratified an extradition treaty with China in 2017, among several such treaties China has made in recent years.

China has described its sweeping lockup of a million or more Uyghurs and other largely Muslim minorities as a “war against terror,” after knifings and bombings by a small number of extremist Uyghurs native to Xinjiang.

But researchers say many innocent people have been detained for things like going abroad or attending religious gatherings.

Safeguard Defenders has appealed to the Moroccan ambassadors in Washington and Brussels not to extradite Aishan. It is “not uncommon” for Chinese authorities to obtain Interpol red notices for Uyghur and other dissidents abroad, said Peter Dahlin of Safeguard Defenders.

In a similar case, a Chinese teenager who says he’s a U.S. permanent resident was arrested in Dubai, United Arab Emirates, in April while transferring for a flight. Chinese officials had sought Wang Jingyu, a 19-year-old student, over his online comments about deadly border clashes between Chinese and Indian forces last year. The U.S. State Department called it a human rights concern. Wang was freed in May, and he and his fiancee fled to the Netherlands.

Experts say both cases feed into growing fears of extraterritorial reach by China.