The president of Tanzania, Samia Suluhu Hassan, arrived in Kenya on Tuesday for a two-day visit aimed at strengthening ties between the two East African neighbours after years of feuding.

Once a close ally of Kenya in the East African Community (EAC), Tanzania has distanced itself in recent years from the regional bloc under President John Magufuli, a period of growing economic rivalry and accusations of unfair trade practices between the two countries.

Hassan, who became her country's first president in early April after Magufuli's sudden death, was received by two ministers on her arrival in Nairobi before heading to the presidency.

"Your visit has given us an opportunity to renew our relationship," Kenyan President Uhuru Kenyatta said in a joint statement.

He added that Kenya would work with Tanzania to ensure that unity between the two countries "continues to grow and is strengthened for the benefit of our people."

The two leaders announced the signing of an agreement to transport liquefied petroleum gas from the Kenyan port of Mombasa to the Tanzanian economic capital Dar es Salaam.

Of the six nations that make up the EAC, Kenya is the largest investor in Tanzania and the fifth largest on the continent.

Mr Magufuli, nicknamed the "Bulldozer", had refused in 2016 to take part in several projects initiated by Nairobi, including a railway and a road linking different countries in the region.

A series of disputes followed in 2017 and 2018 when Tanzania burned alive over 11,000 chicks imported from Kenya.

The Covid-19 pandemic has provided further fuel for this animosity, with disagreements over border closures.

"We have agreed that our health ministers should draw up a programme to facilitate border crossings and controls," said Ms Hassan, who is making her second foreign visit after Uganda.

This visit, five years after Mr Magufuli's, marks a new break from the style of his predecessor.

On Monday, Tanzania announced new measures to control the spread of Covid-19, while Mr Magufuli had consistently downplayed the virus and claimed that his country had been freed from it through prayers.

Ms Hassan is due to address the Kenyan parliament on Wednesday. 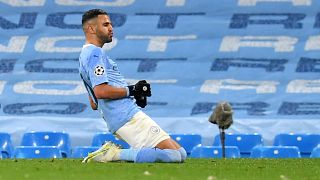