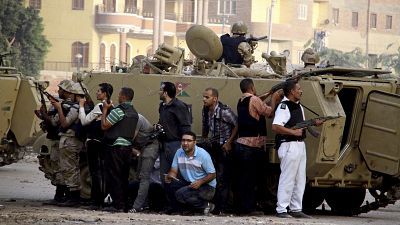 Egyptian authorities Monday executed nine men convicted of murder in an attack on a police station in 2013, security officials and a rights lawyer said. The assault resulted in the deaths of 15 people, including 11 police.

The nine men were found guilty of attacking a police station in the town of Kerdasa close to the pyramids at Giza in 2013 in the aftermath of the military’s ouster of Islamist President Mohamed Morsi, according to the officials. They spoke on condition of anonymity because they were not authorized to brief media.

Egypt was one of four Middle Eastern countries topping the global list of executioners in 2020, according to Amnesty International. The Arab world’s most populous country held 107 executions last year, a significant increase from the 32 recorded in 2019, the group said.

Egypt’s government has fought Islamist insurgents in Sinai Peninsula and sometimes on the mainland in the years since Morsi’s removal. An Islamic State affiliate based in northern Sinai Peninsula has repeatedly targeted security forces and the Christian minority there. Other low-profile groups that have targeted security forces are suspected offshoots of the Muslim Brotherhood.

The nine men were among 20 defendants sentenced to death in 2017 as part of a final verdict that came four years after the attack — one of the country’s worst on police in recent years.

The executions by hanging took place in the Wadi Natrun prison complex in the Nile Delta province of Beheira, the officials said.

A criminal court sentenced 188 people to death in the case in 2014. The verdict was overturned for all but 20 of the defendants, who were handed death sentences again in a 2017 retrial. Dozens of others received life sentences.

The defendants were also convicted of the attempted murder of 10 other police, damaging a police station, setting police cars on fire and possessing heavy weapons.

Many of the defendants are suspected members of the Muslim Brotherhood group, Egypt’s best-organized opposition movement for decades. The group won a series of elections after the Arab Spring uprising in 2011 ended President Hosni Mubarak’s nearly three-decade rule.

But Morsi, a senior Brotherhood figure elected in 2012, proved divisive, and the military removed him from power amid mass protests against his rule a year later.

Since then, authorities have waged an expansive crackdown on Islamists, arresting and detaining thousands and sentencing them to harsh prison terms. Egypt’s government has declared the Muslim Brotherhood a terrorist group.

The Kerdasa attack happened on the same day that security forces violently cleared two protest camps of Morsi’s supporters, killing hundreds. Protesters were demanding the reinstatement of Morsi as president.

“By carrying out these executions during the holy month of Ramadan the Egyptian authorities have displayed a ruthless determination to persist with their escalating use of the death penalty,” he said

The executions came as an Egyptian TV channel airs a series portraying recent events in Egypt, including the Kerdasa attack and the break-up by police of protest camps of Morsi’s supporters.

Critics say the events are being told from the government’s point of view. 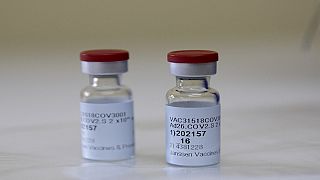 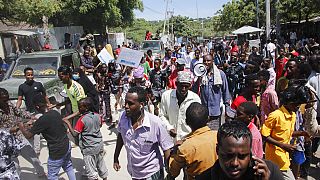