"The Malagasy have lost an illustrious patriot," Rajoelina said.

The instigator of the "Malagasy socialist revolution", which turned out to be an economic and social failure, this anti-colonial activist and believed "comrade" of Fidel Castro, left a legacy of "Malagachisation" of education and the names of towns.

A protest movement between 1991 and 1992 forced him to leave power and accept the liberal transition demanded by his opponent at the time, Albert Zafy, who succeeded him at the head of state.

The "Red Admiral" regained power in 1997 but was once again ousted after the following presidential election.

After a contested election, demonstrations and armed clashes broke out from December 2001 to July 2002 in the streets of the country, between the supporters of Didier Ratsiraka and those of his new opponent, the mayor of Antananarivo, Marc Ravalomanana.

Mr Ravalomanana was finally declared the winner and Didier Ratsiraka was forced into exile in France for nine years.

In 2003, the deposed president was sentenced in absentia to ten years of hard labour for "embezzlement of public funds" and then to five years in prison for undermining state security. However, his sentences were overturned in 2009.

For the past ten years, he has been present on the Malagasy political scene, regularly invited on television to deliver his analyses. 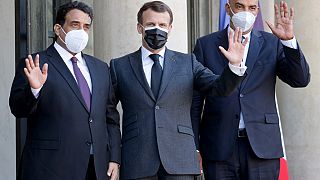