The 7th edition of the Liputa Fashion Show took place on Friday in Goma, East of the Democratic Republic of Congo.

Designer and organiser, David Gulu, said the event was not just about stylish looks - as fashion can also transmit joy, feelings of well being, the good life and also convey a message of peace.

"Fashion conveys a message of peace because someone who is well dressed is surely at peace. We know that the role of fashion is not to stop war, but fashion can make people live in joy and harmony."

The event brought together designers from the region — such as Eden Nkuba and Shukuru, as well as traditional performers, and stylists from Rwanda, Côte d'Ivoire, Senegal, Burundi and other African countries.

Local and continental talent to showcase their creations on indigenous Afro beauties in Goma.

Gulu explained the importance of uplifting African women within the tradition of the show:

"It is also an event that indirectly supports women because it is always organised in the month of the woman and we try to highlight women because women have suffered many things. The Liputa Show highlights all that, so it doesn't just bring together designers but also a message"

As Eastern Congo is home to various rebel groups all vying for control of parts of the mineral-rich Central African nation, designer Gabrielle Bukoko believes the event shows there is much more to the region than the typical media-related conflict reports.

Gabrielle Bukoko, a designer from the Democratic Republic of Congo, is adamant about letting the world see the real heart and essence of her beloved country.

"People think that Goma, for foreigners, is a red zone and North Kivu (province) is a red zone, this event has allowed us today to show that we live and that we are here and that we can fight against the war in a certain way, and against the frustration and fear that the rebellions have caused in us. That's why this event contributes in a certain way to the peace inside (the country) and the peace in North Kivu."

For designers from the East of the country, the Liputa Fashion Show is a platform to highlight artistic creations by the Congolese in the region — promoting the rich culture in all its diversity. 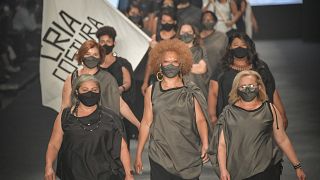 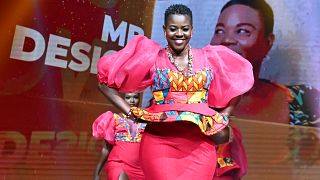