Moroccan track and field competitors continued their preparations at the National Institute of Athletics in Rabat with one eye firmly on qualification for the 2021 Olympic Games.

Among the athletes who have chances to qualify for a place in Tokyo are Abdelati El Guesse, Oussama Nabil, Assia Raziki, Lejdoud Youssra, Ghizlane Siba and El Bachir Lembarki while the others prepare to gain experience.

Assia Raziki, 400m Runner, she brought back four gold medals from the Arab Championship in Tunisia and two gold medals in Egypt, also a bronze medal in the Francophone Games in the Ivory Coast.

Ghizlane Siba, High Jump Athlete, she has been an African champion at the youth, junior and senior level, winning the main continental title at the 2014 African Championships in Athletics. She is also twice a gold medallist at the Arab Athletics Championships and was the 2011 Pan Arab Games winner. Her personal best of 1.83 m is the Moroccan record.

These preparations are under the supervision of the coaches and the technical director of the National Athletics Team Abdellah Boukraa who started his work with them in September 2020.

They will soon travel to Ifrane as they get ready for the next meets in Rabat and Doha. 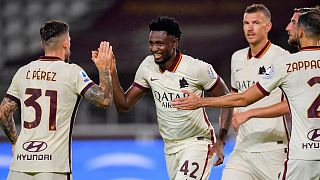