Amadou Diawara struck late to earn AS Roma a 2-1 win at Fiorentina on Wednesday that keeps them in the hunt for a top-four finish in Serie A, after wing back Leonardo Spinazzola scored at both ends.

Guinean midfielder Diawara turned in Rick Karsdorp’s cross in the 88th minute but was flagged for offside, only for a VAR review to overturn the decision and award the goal.

The result leaves Roma in fifth place with 47 points, while Fiorentina, who have lost four of their last five games, are 14th with 25 points.

ON the other hand, it was Ivorian Franck Kessie who came to the rescued AC Milan

A first header from him was blocked by Udinese keeper but Kessie would later scored from the penalty spot with virtually the last kick of the game against Udinese, earning a late draw for his side.

The game had looked over only for Milan were awarded a penalty in the fifth minute of added time as Larsen clearly handled the ball inside the box. Kessie took on the responsibility, and scored his ninth goal of the season with virtually the last kick of the game to earn a point.

This draw gives Serie A leaders Inter Milan the chance to pull six points clear at the top. 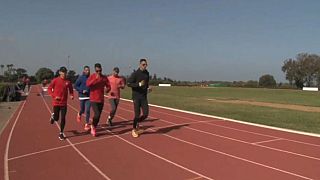