Guinea relaunched its Ebola vaccine campaign in the town of Gouecke on Tuesday after a fresh outbreak of the deadly disease struck the country this month, killing five people.

Some 11,000 vaccine doses are already in Guinea and the World Health Organization plans to send 8,000 more.

"They are primarily intended for the circle of contacts of the cases we know of and also possibly for a second circle to ensure that we interrupt the chain of transmission," said WHO representative in Guinea Georges Ki-Zerbo.

During a ceremony outside a health centre in Gouecke, local government officials received jabs before a crowd of several dozen people.

"In 6 weeks at the latest, we will be done with this Ebola epidemic," said Guinea's health minister Remy Lamah.

He said he has tried to persuade local leaders in Gouecke to overcome their vaccine resistance.

An imam and preacher also encourage people to get immunised. 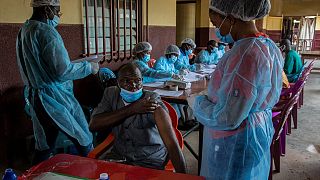 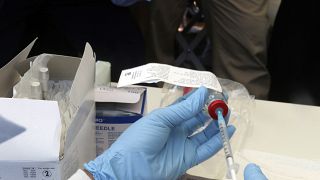 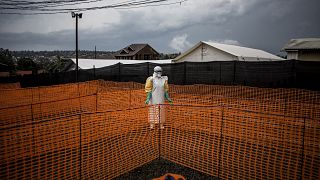