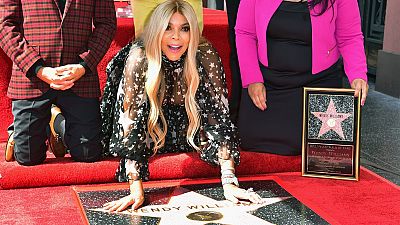 She’s loud and unapologetically herself. That’s Wendy Williams. The U.S talk show host is famed for dishing her views on celebrities like no other. This time the spotlight is on her, as Wendy tells her own story in a film titled, Wendy Williams: the movie. Actor Ciera Payton plays Wendy in the movie. Payton says if you watch the upcoming biopic about the talk show host, you'll be inspired.

"We spoke on the phone a few times for hours and hours. You know, she got to really tell me a little bit more about her life and some of the backstory behind the backstory of what everyone's going to see on Lifetime. So she's the executive producer. This is an authorized biography of hers. And yeah, we're all going to get to see and hear this from Wendy's voice", she said.

"She had some really, really tough and challenging and rough moments that she was able to flip it, turn it on its side and just, you know, bulldoze her way back up. And so we're going to see that in this movie. We're going to learn so much more about her upbringing and kind of why what she does is such a passion of hers," she added.

Payton says she worked hard to nail Williams' manner of speaking and now talks with her hands in her own life, because she got used to using her hands to express herself as Wendy. The movie debuts on January 30 at 8 p.m. on Lifetime.