New Year's Eve begins on a somber note in the village of Makobola in the Democratic Republic of Congo.

More than 700 people were killed in a massacre in the village 22 years ago.

On Thursday, authorities, residents and survivors walked through the cemetery where hundreds are buried in mass graves after allegedly being killed by rebels that started shooting against civilians in the village on New Year's Eve in 1998.

"Our presence here is also a message to the perpetrators of these crimes. Sooner or later justice will be done," said Jean Jacques Elakano, adviser to DRC President Felix Tshisekedi.

He said Tshisekedi had talked of establishing an international tribunal to judge the crimes.

Nobody has been declared responsible, arrested or prosecuted to date, despite promises of justice.

"For justice to be done, the truth must be told," said Obedi Nyamangyoku, Fizi community leader.

"But the truth will not be told if we do not commemorate. So, the final goal for us is to have peace so these massacres can no longer be perpetuated, and we can coexist together with all the communities, all the tribes that we have (in the region)."

Days after the 1998 incident, survivors said most civilians killed were attacked on the slopes of the Mulenge Mountains, just west of the town, where they had fled when rebel soldiers first opened fire.

A handful were killed and hastily buried outside their homes, according to reports from that time.

The killings appeared to be retaliation for an attack by combatants allied with then-DRC President Laurent Kabila's forces, who briefly captured Makobola from rebels on December 30.

The Roman Catholic Misna news service alleged a commander in the Rwandan army led the ethnic Tutsi rebel unit that carried out the killings.

Sadiki Onge Mbalamwezi is a survivor and Makobola village leader. She said: "We, the children of Makobola, want those who massacred the people to be brought to justice, to be punished in accordance with Congolese law.

"Those who killed in Rwanda are being arrested, for us the Rally for Congolese Democracy party does not want to prosecute and arrest these people."

Although local resident Cheusi Bobyobila wants peace, after losing her grandmother and two children during the attack, she can't forgive those responsible.

"We don't even think of sitting with them or eating with them from the same plate, because they have committed a great crime," she said. 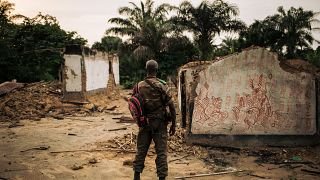 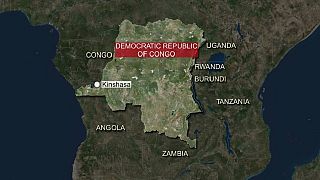