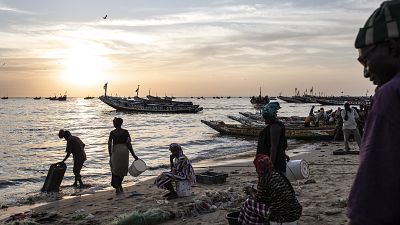 A Senegalese court on Tuesday handed down jail terms to three fathers accused of pushing their sons to migrate to Europe by sea, sending them on a trip that left one of them dead, a defence lawyer said.

In a high-profile case, the trio were given two-year jail terms, 23 months of which were suspended, on a charge of "placing the lives of others in danger," attorney Assane Dioma Ndiaye said.

They were acquitted of the charge of abetting migrant trafficking, the lawyer said.

The sons were with other migrants who boarded a canoe to make the crossing from Senegal to Spain's Canary Islands, the first step in a plan to reach continental Europe.

But one of them, a teenager nicknamed Doudou, fell ill and died during the trip.

The fathers of the three, all of them fishermen in the coastal town of Mbour, were arrested a couple of weeks later.

Doudou's fate triggered uproar in Senegal, prompting debate about poverty, parental pressure and the allure of life in wealthy but distant Europe.

His father had paid 250,000 CFA francs ($460) to a smuggler, who was to take the boy to Spain. His destination after that was Italy, where he hoped to sign up for a football training academy.

A source close to the investigation said Doudou "died after having problems eating" during the trip.

Further details are unclear, as according to local media his body was tipped overboard after he died.

The children of the two other fathers survived the attempted crossing and returned home.

"I wanted to open the doors of success to him," the father was quoted by a local newspaper as saying during the trial.

"I took him to see the marabouts (witch doctors) so that they would pray for him. If I knew that he wasn't going to come back I would never have taken the risk."

He told the court: "I am here before you today but my spirit has left me."

The prosecution had called for two-year terms against the three, while the defence had urged their acquittal.

The Canaries lie more than 100 kilometres (62 miles) from the coast of Africa at their closest point.

Over 500 people have died this year, mostly in October and November, according to the UN's International Office for Migration (IOM), compared to 210 fatalities for the whole of last year.

The pressure to migrate is especially strong among fishing communities. Coastal villages in Senegal have been badly hit by dwindling catches, and by the impact of the coronavirus pandemic. 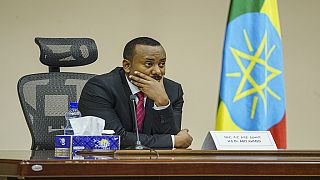