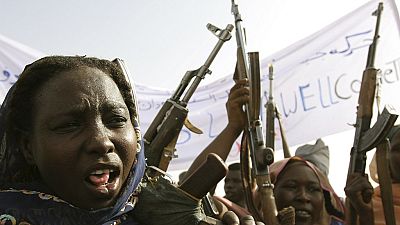 “UNAMID is deeply concerned about the violent incidents that erupted in Kutum town on 12 July and the attack by unidentified armed men on the Fata Borno IDP (internally displaced people) camp on the morning of 13 July 2020 which left 9 IDPs dead and 20 injured,” the peacekeeping mission said in a statement.

According to the the peacekeeping mission, It is regrettable that these incidents have taken place while the transitional government of Sudan and the armed movements are close to concluding negotiations expected to bring peace and stability… to the Darfur region and the whole of Sudan.

UNAMID is deeply concerned about the violent incidents that erupted in Kutum town on 12 July.

Darfur has long been plagued by poor security and armed groups.

In 2003, a deadly ethnic conflict broke out in Darfur between African minority rebels and forces backed by the government of ex-president Omar al-Bashir, who was ousted in April 2019.

Bashir is wanted by The Hague-based International Criminal Court over charges of genocide, war crimes and crimes against humanity in Darfur.

A signing ceremony with various rebel factions slated for Tuesday was delayed once again.

In the wake of the recent unrest, North Darfur’s governor on Monday announced a state of emergency.