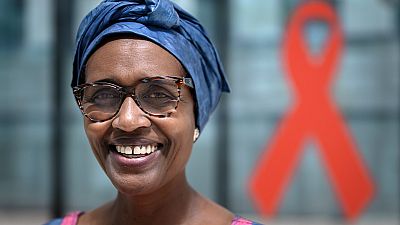 New numbers on the global AIDS epidemic show some big successes, such as fewer deaths and new infections.

But there are also some tragic failures: Only half the children with HIV, the virus that causes the disease, are getting treatment.

Progress against HIV also is being hurt by another infectious disease – the new coronavirus.

We were already off track for the 2020 targets, but COVID-19 is threatening to blow us completely of course

Four years ago, the United Nations set goals for limiting HIV infections and improving treatment by the end of 2020, and all will be missed because the coronavirus pandemic is hurting access to care, the report concludes.

“We were already off track for the 2020 targets, but COVID-19 is threatening to blow us completely of course,” said UNAIDS’ executive director, Winnie Byanyima.

She said that in many countries the resources employed to fight HIV are now fighting COVID instead, so the UNAIDS is urging policymakers to find a way to fight both diseases at the same time.

Byanyima highlighted that coronavirus has hit many countries and trillions of financial resources have been enrolled to tackle the economic losses.

‘‘So if the world can marshal resources of that kind, we can solve the problem of AIDS,’‘ she said.

She added the need for equality and a strong political will to cure AIDS.

Here are highlights from the new AIDS report:

Eastern and southern Africa have greatly curbed new infections, but they’re rising elsewhere – by about 20% since 2010 in Latin America, the Middle East and north Africa, and 72% in eastern Europe and central Asia.

In sub-Saharan Africa, girls and young women make up 10% of the population but account for 25% of new HIV infections.

In many cases, pregnant women aren’t getting tested or don’t stay on drugs that can prevent spreading the virus to their babies.

Worldwide, 38 million people have HIV and 81% of them are aware of it.

Roughly 67% of adults with the virus are getting treatment.

But only 53% of children and teens are, meaning 840,000 of them are missing out on life-saving drugs.

Children accounted for 95,000 of those deaths.

In many countries health workers testing for and caring for people with HIV have switched to fighting COVID-19; supplies of medicines and condoms have been disrupted because of lockdowns; and many health clinics have closed.

Dr. Anton Pozniak, head of the AIDS conference and an HIV specialist at Chelsea and Westminster Hospital in London, said many HIV patients have delayed seeking care out of fear of getting the coronavirus.

Some are even afraid to have medicines delivered to their homes because “they don’t want the stigma of parcels and drugs arriving” that might reveal their HIV status, he said.

A six-month interruption of HIV services in sub-Saharan Africa would mean 500,000 deaths, according to estimates by UNAIDS, the World Health Organization and the Bill & Melinda Gates Foundation.

That would mean a return to death levels last seen in 2008.