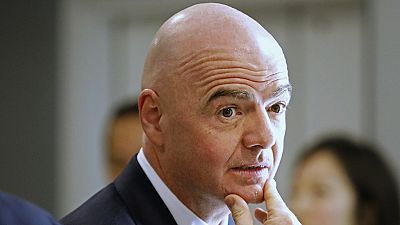 The Africa Cup of Nations tournament should be played every four years instead of two, FIFA President Gianni Infantino urged the continent’s soccer leaders on Saturday.

Infantino said revenue could rise up to six-fold for a four-yearly continental championship, and become a must-see event “not only for Africa but the world.”

The idea would likely be backed by European clubs who dislike losing their players to national-team duty, and especially in mid-season. The 2021 Africa Cup of Nations kicks off in January.

The FIFA president also tempted African officials with the prospect of more entries in an expanded slate of youth World Cups.

Infantino suggested annual under-16 and under-18 tournaments for boys and girls instead of the current under-17 events every two years.

Infantino’s comments came in a keynote speech at a conference in Salé, Morocco, on developing soccer in Africa, and closing a widening gap to Europe’s dominance of the world game.

“There is an impression that Africa is going backwards,” he said, reminding his audience of Pele’s famous prediction that an African team would win a World Cup by 2000.

None of Africa’s five teams at the 2018 World Cup advanced from the group stage. Africa has had three quarter-finalists in World Cup history though none reached the semifinals.

“We have to intervene seriously,” Infantino said of FIFA’s role to help Africa in the areas of refereeing, soccer infrastructure and competitions.

FIFA has effectively run the troubled Confederation of African Football for the past six months. Infantino sent his Senegalese secretary general, Fatma Samoura, from Zurich to oversee the Cairo-based CAF.

In January, a FIFA-influenced decision annoyed European soccer officials by switching the month-long Africa Cup of Nations from a June 2021 kickoff to January.

The cited reason was rainy season weather in Cameroon, though it also cleared space in soccer’s crowded calendar for FIFA’s inaugural 24-team Club World Cup kicking off the same month in China.

“The competitions don’t give us what they should give us,” Infantino said Saturday in urging change. He said future Cup of Nations could be in January or June depending on the weather conditions.

On refereeing, Infantino said 20 of Africa’s best match officials could be employed by FIFA on professional contracts, to improve the credibility of the continent’s soccer. 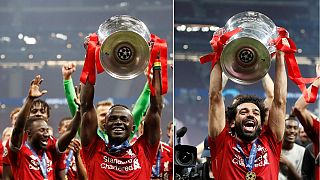