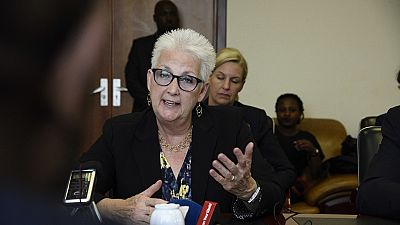 The outgoing United States ambassador to Uganda, Deborah Malac says a discussion on transition in the East African nation is inevitable, adding that it goes beyond politics.

Malac told journalists in Uganda on Thursday the future of the country has to be discussed by all groups, especially the youth.

“It is about how the majority of the population, the 30-year-olds and below feel; like they have a voice, have solutions to problems. Like let us not talk about who sits in what chair; let us talk about where do we want the country to be in five years, 10 years or in 20 years,” Malac said.

She added that across the world, many regimes that stay in power for long fail to plan for transition, with disastrous results.

“A transition will happen at some point because it must. None of us are immortal,” she said.

The 65-year old has been ambassador of US to Uganda since September 2015, having also served as US envoy to Liberia between May 2012 and 2015. She announced that following her mission in Uganda, she would be retiring from diplomatic service after 39 years.