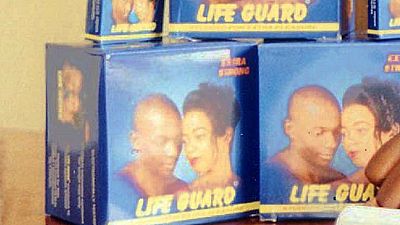 Ugandans have expressed sexual reproductive health concerns following Wednesday’s confirmation by global health charity Marie Stopes that it had recalled hundreds of thousands of faulty condoms on sale in Uganda.

The recall followed a warning from Uganda’s National Drug Authority (NDA) that the Life Guard brand condoms had failed manufacturing “quality tests” because they contained holes and may burst.

The affected condoms were manufactured by India-based MHL Healthcare in April 2019 and have an expiry date of April 2024, the government regulator said.

Earlier reports had suggested millions of condoms could have been involved but NDA spokesman Fred Ssekyana told AFP the figure was below one million.

Marie Stopes Uganda said more than half of the condoms of concern had been recalled.

Marie Stopes is the largest and most specialised sexual reproductive health organisation in Uganda, the charity says on its website.

According to UNAIDS, 1.4 million Ugandans are living with HIV.

Last year 53,000 people were newly infected with the disease in the East African country, the UN agency said.

What is the best/safe condom brand in Uganda…??

They told us that Condoms were the way to go in fighting HIV/AIDS!

They killed the message of #Abstinence and #Faithfulness.

Now they are saying that the condoms were faulty!

People weyayu Life Guard condoms not safe….
Do you know how many people are at risk now??
Uganda!!! pic.twitter.com/YFW7bNKctW