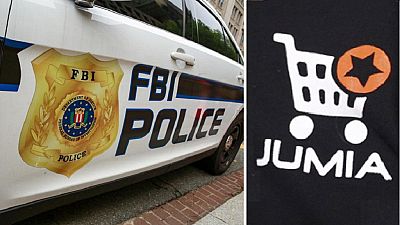 A week since the arrest of a high profile young entrepreneur, Obinwanne Okeke, days after online sales platform Jumia announced internal breaches by staff in Nigeria and then the massive FBI bust of Nigeria-dominated online fraudsters.

Nigeria’s social media space continues to buzz with implications – direct and indirect; short to medium to long term – of the incidents of the last one week.

In summarizing the week for Nigeria, a Cameroonian tech entrepreneur, Rebecca Enonchong posted on Twitter: “Nigeria, you have a serious problem on your hands. In less than one week: – Fraudster ‘Forbes CEO’ arrested, – Jumia fraud blamed on Nigerians, – 80 person indictment for fraud in L.A.”

I hope the FBI is already in touch with the EFCC to fish these fraudsters out. We need a database of fraudsters, with their photos and crimes published for public consumption.

In the case of Jumia: a Quartz Africa report said: “The company has disclosed it recently uncovered instances of improper orders placed and subsequently cancelled on its marketplace platform wrongly inflating its order volume.

“Some of the improper sales practices, the company said, were carried out by its own personnel in “Jumia Force,” its network of commissioned agents.”

Remember our interview with Jumia two months ago denying fraud allegations? Well… the company has now acknowledged this saying that sales agents and employees in Nigeria manipulated sales by placing orders that were later cancelled. issamchleuh https://t.co/6pPe3HRKGv https://t.co/xfCiCnNv7C

For many Nigerians on Twitter, from a video clip of president Buhari earlier this year talking about hardwork and integrity, the publication of names of the implicated Nigerians, bemoaning of the further depletion of the Nigerian name.

Even to a call to strip the crimes of ethnic coloration given that #IgboYahooBoys hashtag had trended at a point, a veiled spite of the Igbo ethnic group in South East Nigeria whose indigenes dominated the list.

Others also wanted the national graft body, the Economic and Financial Crime Commission, EFCC; to make known its role in the FBI operation whiles for many others, it was all about preaching hardwork and contentment.

“I hope the FBI is already in touch with the EFCC to fish these fraudsters out. We need a database of fraudsters, with their photos and crimes published for public consumption,” one Twitter user Gimba Kakanda posted on Friday.

It is understandable that we all want to live comfortable lives. It is also important to realize that the most comfortable thing we can all do is to work hard and live within our means. pic.twitter.com/sFXHMdDmsM

We must embrace the reality that the image of our country is seriously damaged by the fraudulent activities of our countrymen abroad.The FBI charges against Nigerians must be seen as a wake up call to do something now.Their acts stains us all & criminalize our country.

With this FBI list of 80 Nigerian scammers, and the media coverage coming with such bad representation, our national image has hit a new low. There’s no “but we are not the only ones doing this” here, the implication is devastating. Especially in online transactions and travels.

? The head of the gang who scammed over 1.1 Billion Naira from Americans within 2 years and brought shame and disgrace to himself, family and country. ☄ https://t.co/N4hmn06Py2

Good morning. #ThisIsYourConscienceSpeaking. When people disgrace our country by engaging in fraud, our reaction should not be “It’s not only us” or “It’s because we are poor.” We should condemn the perpetrators and list 80 Nigerians making us proud around the world. Think am o.

We all pay for the crime of a few others.

Are we just stating facts when we say most yahoo boys are from xyz place? Do we treat the information like trivia: interesting but useless? Are we being sensible not to further perpetuate our discriminatory tendencies, which, globally, tend to worsen when the economy is down?

In a world of narratives, after that press conference by the FBI, there should have been another press conference by Nigerian authorities stating Nigeria’s side – how they assisted the FBI, previous collaborations, commitment to fighting these crimes, identify ??n successes in ??

Come what is OUR ?
Did you see Roviel there ?
I like the way FBI listed them with their botanical names and nomenclature so we don’t get confused

The term #IgboYahooBoys is as wrong as #FulaniHerdsmen
You can not go into the gutter because some other's chose the gutter as a place of permanent abode since the escalation of kidnapping crisis in our dear country. #LoveTrumpsHate pic.twitter.com/KIrKQYP5vq

It's quite interesting reading about the 'collective shame” that #80Nigerians' have brought on a nation of 200 million #Nigeria in the #fbilist. I feel no such shame. I have never defrauded anyone. Have worked hard all my life. Every country has fraudsters.

Meet Nigerian born and schooled Chinedu Echeruo. He eventually went to Harvard where he built https://t.co/oomxTIq1AJ for 300US cities to find direction in subway stations. Apple bought the company for $1bn and Echeruo is in Nigeria to invest. FBI 88 Nigerians will not define us. pic.twitter.com/t0F5HQWBmS

Nigeria have got charlatans as head of government. FBI released statement of several pages and held a 2hr press naming 80 and the arrest of her citizens for internet scam. Over 72hrs later, no statement from the media desk of the Nigerian presidency. A shame! pic.twitter.com/oVAlgbVZcO

Few months ago, I met a retired FBI agent, he was so sure we have a school in Nigeria where people learn internet fraud. In his certainty, he said the name of the school is “cyber cafe”. I couldn’t laugh or frown , I was perplexed and weak. ??‍♀️??‍♀️

So ⁦PremiumTimesng⁩ has just published full list of 77 Nigerians charged by ⁦FBI⁩ for massive fraud, money laundering in America.

Those guys disgrace us and disgrace Nigeria! https://t.co/vuZHEFQOTB

OPEN LETTER to FBI. I have been saying this for 20 years. Nobody listened. Nigeria is a great country. I lived in America close to 30 yrs. My children are American. Youngest Richkjtmusic is American-Nigerian. We have ETHNIC TRIBES. We are a tribal country #IgboYahooBoys