<p>The United States’ Federal Bureau of Investigation (<span class="caps">FBI</span>) said on Thursday that it had arraigned scores of suspected fraudsters behind a variety of scams and online fraud cases.</p> <p>The U.S. Attorney General, Nick Hanna, said during a press conference that majority of the suspects were based in Nigeria in what is believed to be one of the largest cases of online fraud in American history. </p> <p>“FBI agents along with federal and state law enforcement authorities arrested a total of 14 defendants in the US, all named in a sweeping fraud and money laundering case.</p> <p>“Those arrested today are among 80 defendants charged in a federal grand jury indictment that alleges that millions of dollars were taken from victims through a variety of scams and online frauds,” he said.</p> <p>Hanna disclosed that the scammers had taken advantage of vulnerable status of most of their victims like the elderly. In all, over 250 count charges ranging from “conspiracy to defraud, conspiracy to commit money laundering, aggravated identity theft” have been filed against the suspects. </p> <p>Beside the 80 suspects that have so far been charged, another 57 were being hunted globally by the authorities. Business Email Compromise, <span class="caps">BEC</span> scam, was at the heart of the fraudulent actions that deprived victims of millions of dollars.</p> <p>“We believe this is one of the largest cases of its kind in US history. <span class="caps">BEC</span> scam is used to hack email accounts to convince businesses or individuals to make payments that are either completely bogus or that should have been otherwise paid to legitimate companies.</p> <p>“Indictments showed very specific allegations against this suspects many of whom are based in Nigeria in terms of stealing money from victims. The indictment also focuses on those responsible for enabling these fraud schemes including operatives in Los Angeles.”</p> <p>The latest development comes barely a week after the high-profile arrest of a celebrated young entrepreneur <a href="https://www.africanews.com/2019/08/17/fbi-alleged-arrest-of-nigerian-billionaire-sparks-online-outrage/">Obinwanne Okeke by the <span class="caps">FBI</span></a> for conspiracy to commit fraud amounting to 12 million dollars.</p> <p>The Forbes under 30 millionaire and founder of Invictus Group is being charged with conspiracy to commit computer fraud and conspiracy to commit wire fraud according to reports.</p> <p>He allegedly hacked into a digital system of a steel company in the US, stealing a whopping $12 million of the company’s money via fraudulent emails and doctored correspondence.</p>

We believe this is one of the largest cases of its kind in US history. BEC scam is used to hack email accounts to convince businesses or individuals to make payments that are either completely bogus or that should have been otherwise paid to legitimate companies. 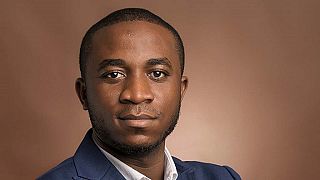 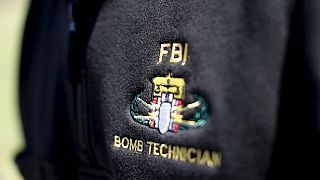 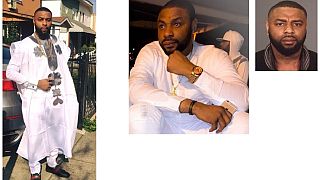