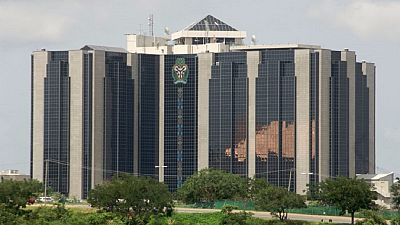 Nigeria’s central bank will try to force banks to lend more or face higher cash reserve requirements, part of a series of measures aimed at reviving an economy stuck with low growth.

The bank in a circular dated July 3 said lenders who fall short of a target minimum loan-to-deposit ratio of 60% by September would have to maintain higher cash reserves.

The bank is seeking to boost credit to businesses and consumers after a recent recession in Africa’s biggest economy muted lending.

Failure to meet the above minimum (loan-to-deposit ratio) ... shall result in a levy of additional cash reserve requirement equal to 50% of the lending shortfall.

Nigeria’s economy has since recovered from that contraction, but lending has not returned as growth is slow and banks prefer to pack cash in risk-free government securities rather than lend to businesses and consumers.

“Failure to meet the above minimum (loan-to-deposit ratio) … shall result in a levy of additional cash reserve requirement equal to 50% of the lending shortfall,” the bank said.

The new loan ratio will be subject to quarterly review, the bank said.

Several Nigerian banks had set ambitious expansion targets before an oil price collapse mid-2014. Some have decided to conserve their capital at the expense of higher profits through lending.

“There is no way we would not see a pick-up in problematic loans going forward with this circular,” one analyst said. “There is a possibility of repricing of loans … which would have an impact on margins.”

Echos from the past

The bad loan ratio has dropped to around 9% from double digits at the peak of a recession but still above a central bank target of 5%.

Lenders have failed to expand borrowing in Nigeria, blaming a weak economy after the oil price crash triggered a recession and a currency crisis made loans go sour.

Last week, the central bank said it would pursue a recapitalisation of the banking sector over the next five years after a series of currency devaluations weakened bank capital.

One banking analyst said the new lending rule risked taking Nigeria back to the days when the central bank determined credit allocation, such as in 1984 when President Muhammadu Buhari was military leader.

Buhari won re-election in February and has pledged to get the economy growing again. But he has failed to set up a cabinet four months after winning a second term.

The regulator has also kept cash ratios high to maintain tight liquidity to curb inflation, attract foreign investors into bonds and support the currency. A policy has encouraged banks to lend more to government. Private sector credit growth has been negative for several years.

Some doubted the new policy would boost lending as banks would have to ramp up loans to meet the target or cut deposits.

Lenders with smaller deposit bases such as Fidelity Bank and FCMB are already compliant, analysts say while Access Bank which bought Diamond Bank this year, may not much room to grow loans.

In case you missed it: Nigeria is giving its banks a choice: lend more money, or hand it over to the central bank and earn nothing on it. https://t.co/wmR1CMe9jX #CentralBank #Nigeria