2019 Eid observed today across Africa, most parts of the world

Eid, the post-Ramadan prayers and celebration by Muslims, has been variously observed today (Tuesday June 4) across most parts of Africa and the world.

Mali became the first country to observe the Eid after the new moon was sighted in a locality. The government subsequently declared today a national holiday for the purpose.

Most African countries had on Monday announced June 4 as Eid Day – Uganda, Ethiopia, Somalia, Sierra Leone, the Republic of Congo, Nigeria Egypt and other African countries that have traditionally relied on Saudi’s announcement.

In the case of Ghana and Senegal particularly, a section of the faithful prayed today whiles others are expected to take their turn tomorrow, Wednesday June 5, which had widely been announced as Eid day by most governments.

Ghanaians who are praying today did not fast today. The decision to push the Eid prayers was premised on an earlier government notice which was reached along with the office of the National Chief Imam. Kenya also gazetted Wednesday for the purpose.

Saudi’s Supreme Court announced the Eid day after reports had widely circulated that the moon had been sighted in an area. The United Arab Emirates, UAE, also declared same along with other countries in the Gulf region.

Pakistan, India, Qatar, Kuwait, Oman and others have all declared Tuesday for the Eid as has most countries across Europe and the Americas.

First Eid falls on the first day of Shawwal, the month that comes after Ramadan. At the end of the 29 or 30 days of fasting, Muslims celebrate Eid al-Fitr which literally means “festival of breaking the fast” in Arabic.

Regardless of which day you’re celebrating #Eid, may the Almighty Guide and Bless you and your loved ones always. As we gather for the joyous occasion, spare a thought and pray for those facing turmoil & calamity the world over. Reach out to those in need. #EidMubarak

Eid Mubarak to the people of UAE and the Muslim and Arab world. May we all celebrate a peaceful and blessed Eid.

It will be Eid al Fitr in Somalia on Tuesday June 4. The Ministry of Religious Affairs just announced that there have been moon sightings in Bay, Lower Shabelle and Middle Shabelle regions. 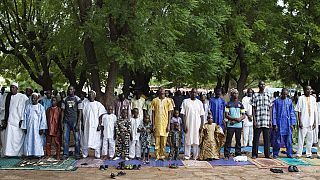 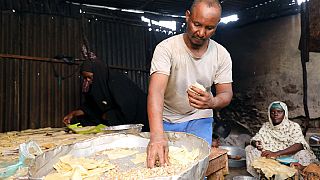 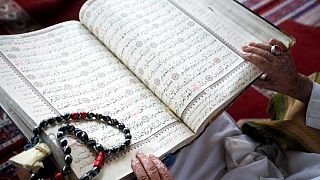