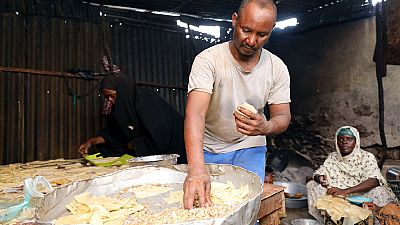 <p>Majority of Muslims across the world commenced Ramadan 2019 on May 6 except for Mali who commenced a day earlier having reported the sighting of the moon.</p> <p>The Ramadan crescent is the first sign of knowing the month has started. It must be looked out for on 29th Sha’ban – the month before Ramadan. In its absence, Muslims complete Sha’ban with a 30th day and start Ramadan 24-hours later.</p> <p>Whereas the rules of the period cuts across the world as per what is in the Qur’an and the traditions of the Messenger of Allah, the duration spent in abstinence differs across the world.</p> <p>This article explores the duration across much of the continental blocs.</p> <p>Countries near the Equator (An imaginary line around the Earth forming the great circle that is equidistant from the north and south poles) have the shortest fasting duration, conversely those in the northern hemisphere wait longer to break their fasts because of long summer days.</p> <p>According to time schedules, the shortest duration far a typical African country is half-day (12 hours) with the longest standing at 15 hours.</p> <p>South Africa for instance has a 12 hour fasting period along with other countries in the region. The duration ups by an hour in across much of Central, East and West Africa – countries like Kenya, Tanzania, Congo Republic, Cameroon etc. all fast for 13 hours.</p> <p>There is an exception in West Africa with Senegal – one of the region’s Muslim dominant countries. Their fasting duration is pegged at 14 hours.</p> <p>Across the Sahara to North Africa, all countries are undertaking a 15-hour process of fasting from Morocco through to Algeria, Libya, Tunisia and Egypt. </p> <p><img src="https://static.euronews.com/articles/75/31/753185/1024x576_bonus-RamadanTime.jpg" alt="" /></p> <p>Most European and North American countries have 16 – 17 hour periods whiles Russia has 18 hours, 19 hours for Iceland with the longest on record being Greenland, who don’t fast for only four hours of a day.</p> <blockquote class="twitter-tweet" data-lang="en"><p lang="en" dir="ltr">Muslims worldwide get ready for 2019 Ramadan, starting May 6 <a href="https://t.co/erOGylwbbc">https://t.co/erOGylwbbc</a></p>— africanews (@africanews) <a href="https://twitter.com/africanews/status/1124987842810339328?ref_src=twsrc%5Etfw">May 5, 2019</a></blockquote> <script async src="https://platform.twitter.com/widgets.js" charset="utf-8"></script>