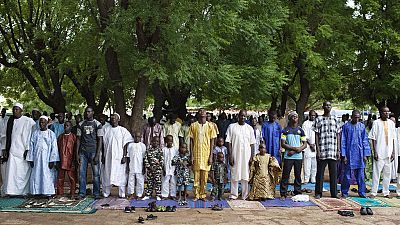 Muslims in Mali on Monday celebrated the post Ramadan fete of Eid-ul-Fitr, becoming the first in Africa to end the fasting.

Prayers were said across the West African nation after authorities officially declared Monday (June 3) as a national holiday for the observance of the Eid festivities.

The local media portal, Malijet posted the official government communication issued by the Ministry of Religious Affairs and Culture.

The communiqué explained that the decision to end Ramadan yesterday was premised on the sighting of the moon in parts of the country.

The case of Mali is not too surprising given that according to a report by UAE-based portal Khaleej Times, Mali was the only predominant Muslim country to start the fasting on May 5, a day before majority of Muslims across the world started.

Ramadan 2019: How long are Muslims in Africa fasting?

Globally, today is the 29th day of Ramadan with a call to look out for the new moon. If sighted, tomorrow is the first day of Eid, if not; Muslims complete the 30th day of fasting and commemorate the Eid on Wednesday without fail.

In his Eid message, president Ibrahim Boubacar Keita, IBK, prayed for health, peace and prosperity for a country wracked by inter-ethnic violence and by the activities of insurgents in the north.

A translation of one of his messages posted on Twitter read: “Eid el Fitr, the President #IBK has a thought for our Malian Armed Forces, especially those who gave their lives for the protection of the country: “that ALLAH (Almighty) in his great mercy welcomes their souls to paradise and that HE grants comfort and support to those who suffered loss.”