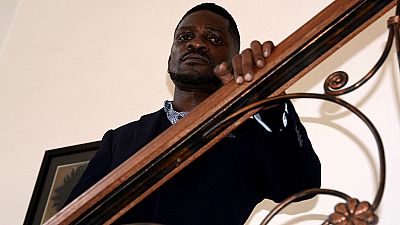 <p><strong>Uganda’s opposition legislator Robert Kyagulanyi popularly referred to as Bobi Wine says the government has embarked on a mission to ruin him financially by blocking his concerts and intimidating his business partners.</strong></p> <p>Bobi Wine is one of Uganda’s top singers, and mostly belts out reggae and rap ballads. He has many fans across East Africa and is one of the top earning musicians in Uganda. </p> <p>Wine has rattled Museveni’s government with his growing support base since he joined politics two years ago.</p> <p>“They are seeking to strangle me financially,” he said.</p> <p>“All the music sound service providers, stage service providers, music promoters have been ordered not to work with me… the regime is trying to attack me from multiple fronts.”</p> <p>Security forces have cancelled at least 124 planned concerts since he joined parliament in 2017, Wine told Reuters in an interview at his home in a suburb in the northern outskirts of the capital Kampala.</p> <h2 style="font-size:16px;">Paying the price</h2> <p>Both Bobi Wine and Museveni, who has been in power since 1986 are expected to contest Uganda’s next presidential poll in 2021. </p> <p>Wine has earned the wrath of the government since he joined parliament and emerged as a prominent critic of Museveni.</p> <p>He was last year badly beaten by security forces and has also been charged with various offences including treason and inciting violence.</p> <p>Security forces have used teargas and water cannon to break up his rallies while squads now deploy and typically cordon off venues where he has planned performances.</p> <p>Police have cited non-compliance with public order management laws as justification for barring his music shows although supporters dismiss the explanation and see the crackdown as retribution for Wine’s political ambitions.</p> <p>Wine said he would press on with anti-government protests while also continuing to galvanise support for his 2021 challenge.</p> <p>Government spokesman Ofwono Opondo did not immediately respond when Reuters sought comment on Wine’s accusations. A spokesman for the presidency also did not respond.</p> <p>Patrick Onyango, Uganda Police Spokesman said: “All Bobi Wine’s shows that we have blocked have been because he is defiant. He doesn’t want to follow regulations. It has nothing to do with his businesses or wanting to cut him off from any legitimate income.”</p> <h2 style="font-size:16px;">Developing a strategy for 2021</h2> <p>People Power, an activist group that Wine leads, had already had discussions with three small opposition political parties who have agreed to field him as a joint candidate, he said.</p> <p>“We intend to start the same conversation with the <span class="caps">FDC</span>,” he said, using an acronym for Forum for Democratic Change, Uganda’s largest opposition party.</p> <p>Wine also said rampant corruption in Museveni’s government was behind the country’s ballooning public debt pile that the <span class="caps">IMF</span> has warned will surpass 50% of <span class="caps">GDP</span> in the financial year to June 2022.</p> <p>“It (debt) will continue to swell unimaginably because we keep borrowing…. what they collect from us is not enough for them to steal and be satisfied so they borrow and embezzle, they borrow and embezzle.”</p> <p>Finance ministry officials have said previously that Uganda’s debt is sustainable and that most of the money it borrows is used to build infrastructure projects in the energy and transportation sectors which would reinvigorate economic growth and pay off the debt.</p> <p><strong><em><span class="caps">REUTERS</span></em></strong></p>

They are seeking to strangle me financially. 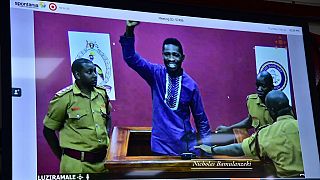 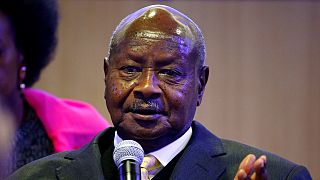 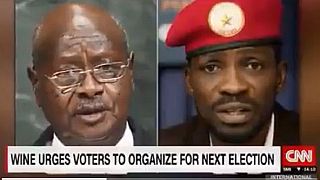