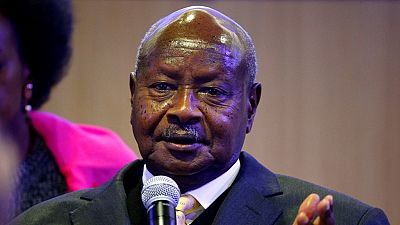 Uganda’s president Yoweri Museveni was on Thursday given a final green light to contest in the 2021 elections, after the country’s highest court backed constitutional changes that remove the age limit for presidential aspirants.

A 4-3 majority decision affirming the validity of 2017 constitutional amendments was widely expected in the East African country where critics say judicial independence has been eroded under President Museveni’s 33-year rule.

How Museveni’s victory was secured

Parliament, which is controlled by the ruling party, voted overwhelmingly in December 2017 to scrap an age limit of 75 years for presidential candidates.

The decision of the constitutional court is upheld. This appeal therefore fails.

The original legislation would have effectively barred 74-year-old Museveni from standing in the next elections due in 2021.

Opponents of Museveni, including lawmakers and individual opposition activists, mounted a legal challenge to the amendment first in the constitutional court which rejected their petition.

That rejection triggered their appeal to the supreme court.

“The decision of the constitutional court is upheld. This appeal therefore fails,” ruled Bart Katurebe, the country’s chief justice and a member of the panel.

Some opposition MPs were also at one time forcefully removed from the House’s debating chamber by members of military.

The petitioners had cited these incidents and other irregularities as sufficient grounds for nullification of the amendment.

Eldad Mwangusya, of the three justices who ruled in favour of the petition said widespread violence and security personnel interference in MPs’ public consultations made the removal of the age limit unconstitutional.

“Members of parliament… were assaulted, thrown onto public vehicles, detained and released without charge all of which amount to inhuman treatment which is in contravention of the constitution,” he said.

In power since 1986, Museveni has been accused by critics of using security forces to stifle opposition through intimidation. Political activists routinely allege arbitrary arrests and beatings.

In February the executive committee of the ruling National Resistance Movement endorsed Museveni as its candidate in the next presidential election due in 2021, potentially extending his rule to 40 years.

One of his opponents in the next polls will likely be singer and lawmaker Bobi Wine – real name is Robert Kyagulanyi – who has rattled officials with his fast-growing support base.

Kyagulanyi’s following has ballooned since he joined parliament nearly two years ago, drawn by his criticism of Museveni’s long rule and government excesses through his lyrics.

SUGGESTED READING: Is Uganda’s Museveni grooming his son to be Commander-in-Chief?