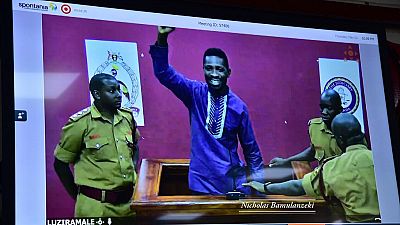 Ugandan Afro pop star and lawmaker Bobi Wine has been granted bail by the Buganda Road court in a case connected to his involvement in anti-social media tax protests last year.

Real name, Robert Kyagulanyi, the Kyadondo East MP’s bail hearing was conducted with him in a dock at the Luzira Maximum Security Prisons where he is being held.

He was due to appear in court today for the hearing after he was arrested by police for escaping house arrest. He is to deposit one million Ugandan shillings as part of his bail bond.

He appeared pensive in a blue locally made attire and was flanked by two prison officials during the period of the exchanges. A number of his colleague lawmakers stood surety for him in the case.

They are to submit a bail bond of 10 million shillings non-cash reports said. People Power chants broke out in the court room when the decision was handed down whiles the MP raised his fists up in a victory salute.

The submissions of the case were being heard from the the court with the accused linking up via video conference. Political watchers say it is the first time the measure is being applied in the country’s justice system.

On the issue of his recent arrest, he had escaped from preventive house arrest to attend a funeral before he was re-arrested, slapped with charge of disobedience of statutory duty and remanded till his hearing today.

He maintained his defiant tone when he was granted the opportunity to speak. “It is not me on trial, it is the court itself on trial. If standing for what is right is going to hand me my freedom, I will thank God for it.

“If standing for what is right is going to keep me in this prison then I will thank God even louder. After all, I have a lot of work to do, even here in prison,” he stressed.

Security watchers say the police and prison authorities must have taken the televised hearing option to reduce the incidence of exchanges with supporters of Bobi Wine’s People Power movement. 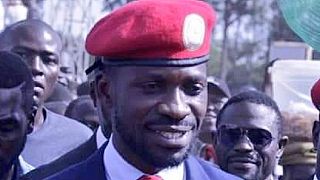 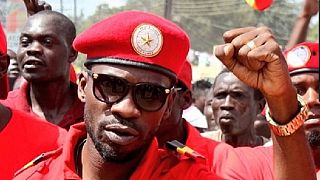 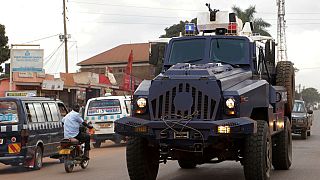