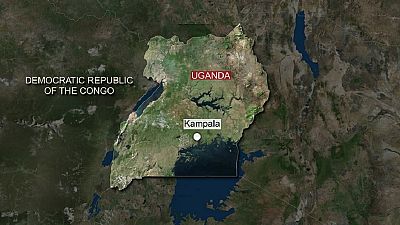 People fleeing violence in an Ebola-hit region of eastern Democratic Republic of Congo are being forced to cross the border illegally into Uganda, risking the virus spreading into the neighboring East African nation, aid groups said on Friday.

More than 60,000 people in Democratic Republic of Congo’s (DRC) Beni region in North Kivu province have left their homes since the latest wave of armed attacks began on March 30.

While some have found legal refuge in Uganda, others are being used as human shields by armed groups who prevent them from reaching official border points to be registered, screened for Ebola and given sanctuary.

Uganda will continue to keep its doors open to refugees as this is our policy. We must allow those people who need refuge to come to Uganda, but we must also be vigilant not to compromise the health of the people of our country.

As a result, some displaced people are forced to cross illegally into Uganda – trekking through dense forests or taking boats across a shared lake – raising the risk of the virus spreading undetected.

“These unofficial crossings are placing people in search of refuge at an increased and totally unnecessary risks of sexual exploitation and abuse,” said Francis Iwa, executive director of Care for Forced Migrants (CAFOMI), a Kampala-based charity.

“Once they enter Uganda, they also are avoiding official immigration procedures and registration as refugees – which means they may not be screened for Ebola and will be unable to access the very services prepared to assist them.”

CAFOMI is one of 18 charities, including Oxfam, Action Against Hunger, Care, Catholic Relief Services, Norwegian Refugee Council and Save the Children, warning Congolese and Ugandan authorities of a potential humanitarian crisis.

Musa Ecweru, Uganda’s minister for disaster management and refugee affairs, said surveillance teams and authorities along the border were on red alert for suspected cases of Ebola.

“Uganda will continue to keep its doors open to refugees as this is our policy,” Ecweru told the Thomson Reuters Foundation from Kampala.

“We must allow those people who need refuge to come to Uganda, but we must also be vigilant not to compromise the health of the people of our country.”

Congo’s Beni region has been at the epicentre of an Ebola outbreak since August 2018. It has infected an estimated 1,495 people and killed 984 in North Kivu and Ituri provinces.

The outbreak of the virus, which causes severe vomiting, diarrhea and bleeding, is the second largest behind the 2013-16 West African epidemic that killed more than 11,000 people.

Attacks by armed groups on civilians, Congolese soldiers and U.N. peacekeepers have hampered efforts to contain the epidemic.

Congolese officials blame rebels from a Ugandan Islamist group in the area for dozens of attacks that killed hundreds of civilians over the past five years.

Independent experts say other factions and Congolese soldiers are also responsible. The charities said tens of thousands of displaced people were trapped between Uganda and Beni by armed groups.

“The fighting makes it very difficult, if not impossible sometimes, for our teams to reach some of these areas of displacement,” said Dana Hughes, East Africa and Great Lakes regional spokesperson for the United Nations refugee agency (UNHCR).