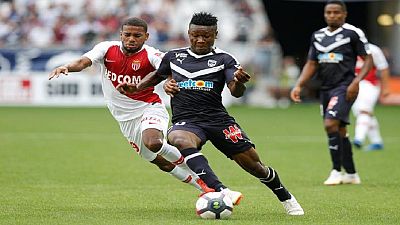 Nigerian footballer Samuel Kalu’s mother has been kidnapped back at home with a ransom demand of about $138,000.

Ozuruonye Juliet Kalu, mother of the Girondins de Bordeaux and Super Eagle’s attacker, was kidnapped while driving home in Abia State. A first ransom had been paid earlier, but the kidnappers have made this second request.

The incident took place on February 27

So far, there have been no arrests, but an investigation is underway to ensure that she is released safely.

During the 2018 World Cup, the father of John Mikel Obi, was kidnapped for the second time in Enugu State.

The player has also been called up to play for Nigeria against Seychelles and a friendly against Egypt later this month.