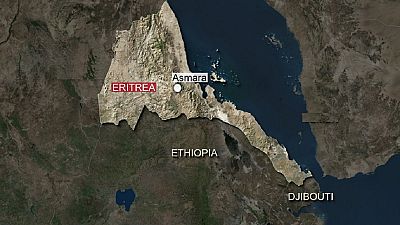 Commissioner for International Cooperation and Development Neven Mimica arrived in Eritrea today, where he launched the project meant to rebuild the road connection between the two neighbours.

During his visit, Mimica met with the President of Eritrea Isaias Afwerki to discuss the situation in the region and explore ways for the EU and Eritrea to step up political relations and dialogue on matters of concern to both sides.

In an official statement, Commissioner Mimica said: “The European Union is committed to support Eritrea and Ethiopia in delivering their historic peace agreement, which ended twenty years of conflict.

“To back this, we are launching a €20 million programme to rebuild the roads connecting both countries. This will boost trade, consolidate stability, and have clear benefits for the citizens of both countries through the creation of sustainable growth and jobs.”

The new project will be financed through the EU Trust Fund for Africa and through the United Nation’s Office for Project Services (UNOPS). It will rehabilitate road connections between the Ethiopian border and Eritrean ports to boost trade and create jobs.

This is the first phase of a broader support to Eritrea, which is planned to scale up later this year.

This co-operation is part of the EU’s new dual track approach of strengthening political dialogue with Eritrea, notably encouraging political and economic reforms and improvement of human rights, as well as pursuing development cooperation to tackle root causes of poverty, and to reinforce the peace agreement and economic integration.

In July last year, Eritrea and Ethiopia signed an historic peace agreement ending 20 years of conflict. This provides a major opportunity for economic development and stability in the region.

The rapprochement has already yielded benefits for the Eritrean population, with re-opened borders, resumed communication and the reduction in the price of basic commodities.

One of the commitments of the peace agreement is that ‘transport, trade and communications links between the two countries will resume’.

To achieve this requires rehabilitating the main arterial roads between the Ethiopian border and the Eritrean port of Massawa, which is the focus of this road project.