The organisation of the African Cup of Nations 2019 (AFCON 2019) has received a fresh setback, after Morocco on Wednesday said it would not bid to host the tournament.

Morocco, which this year lost a bid to host the 2026 World Cup, had been seen as one of the leading contenders to host Africa’s biggest football tournament.

But Moroccan Minister of Youth and Sports, Rachid Talbi El Alami told AFP that the North African nation would not attempt to host the tournament, that had originally been awarded to Cameroon.

Morocco did not intend to apply to host the 2019 African Cup of Nations and will not do so.

“Morocco did not intend to apply to host the 2019 African Cup of Nations and will not do so,” the minister said.

The Confederation of African Football (CAF) is receiving bids to host the tournament, until Friday this week. The winning bid is expected to be announced on January 9, after a meeting of the Executive Committee in Dakar, Senegal.

Now that Morocco has taken itself out of contention, fans will hope that other African nations that have the infrastructure to host the expanded tournament featuring 24 teams for the first time, will step up and bid to host.

Egypt last week said they would not launch a bid to host AFCON 2019 if Morocco expresses interest.

South Africa’s football federation has also confirmed that it is considering a bid to host the tournament. The Southern African nation is the only country to have hosted a World Cup, which features 32 teams.

With less than six months to the tournament, that will be held in June for the first time, time is surely running out for CAF to find a host.

SUGGESTED READING: Is it time for CAF to revise process of awarding AFCON hosting rights? 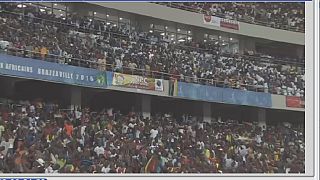