“We, the candidates pledge to uphold the highest standard of conduct and encourage our teeming supporters to do the same,” Buhari said, while attending the event in the capital, Abuja.

The 75-year-old former military ruler was joined by representatives of dozens of other parties to commit to what he said should be “peaceful and credible” elections.

We, the candidates pledge to uphold the highest standard of conduct and encourage our teeming supporters to do the same.

Security around polling is a recurrent concern in Nigeria, where there has been a history of violence stoked by identity politics, ethnicity and religion.

In 2011, some 1,000 people were killed after clashes between supporters of Buhari after his defeat to Goodluck Jonathan.

The text of the peace accord is the same as that signed before the 2015 polls, which saw Buhari win. Candidates are required to publicly speak against religious, ethnic and electoral violence.

Atiku was not the only absent candidate. Donald Duke, a former governor of Cross River state, and Oby Ezekwesili, who was education minister under Olusegun Obasanjo and is an ex-World Bank vice-president, also skipped the evnt.

Asked about Abubakar’s absence, his media advisor said he was “not invited”.

“Atiku didn’t get any invitation to the event,” he told AFP.

But Abdulsalami Abubakar, another former military ruler and the current chairman of the National Peace Committee, denied any snub.

“Everybody was invited. What reason do we have not to invite somebody?” he said.

“This peace accord was for all political parties to sign to be of goodwill and good behaviour during the elections.”

At the last election, Jonathan, Buhari and other presidential candidates also signed a pledge of non-violence in the presence of former UN secretary-general Kofi Annan. 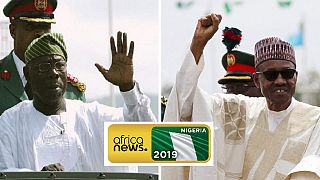 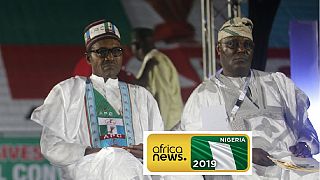 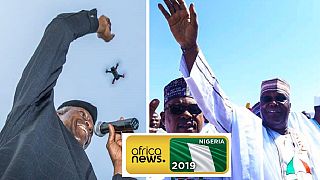