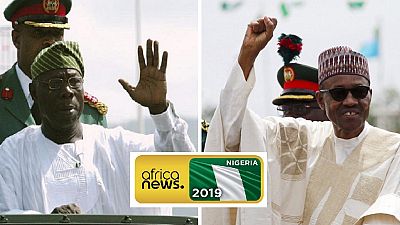 <p>Olusegun Obasanjo, Nigeria’s former president has clarified that he remained opposed to the current government led by Muhammadu Buhari.</p> <p>Obasanjo had reportedly backed Atiku Abubakar, his former veep and main opposition candidate for the 2019 presidential elections earlier this year when the two met.</p> <p>The News Agency of Nigeria, <span class="caps">NAN</span>, carried a report that suggested that Obasanjo had months on, opted to remain neutral as regards the presidential race.</p> <p><img src="https://static.euronews.com/articles/61/54/615439/1024x576_bonus-Obasanjo.jpg" alt="" /></p> <p>In a press release issued over the weekend, Obasanjo affectionately referred to as <span class="caps">OBJ</span> said his comments at a family event had been misconstrued. He stressed that he was not neutral but did not mention explicitly whether he was backing any candidate aside Buhari who he said had failed.</p> <p>“For the records, and as accurately reported by some media organisations, what the former President said at the Convention in Iwo was that while he would not impress any candidates on them, Nigerians should vote for credible candidates who will drive growth and development and make their lives better than it is now.</p> <p>“Chief Obasanjo’s statement did not suggest his neutrality. In fact, the former President believes that only a fool will sit on the fence or be neutral when his or her country is being destroyed with incompetence, corruption, lack of focus, insecurity, nepotism, brazen impunity and denial of the obvious. </p> <p>“Chief Obasanjo is no such fool nor is he so unwise,” a statement signed by media aide Kehinde Akinyemi read.</p> <p>The statement added that it was <span class="caps">OBJ</span>’s conviction that Nigerians had to stand up and actively demand for much needed change failure for which: “what is coming will be much worse than what Nigerians currently suffer.”</p> <p>The February 2019 elections pits Buhari leading the ruling All Progressives Congress, <span class="caps">APC</span>, alongside Atiku with the main opposition Peoples Democratic Party, <span class="caps">PDP</span>. Campaigning has been intensifying over the past weeks as candidates crisscross the country to canvass for votes.</p> <p>Buhari, in power since 2015 is contesting for a second and final term in charge of Africa’s most populous country. Atiku, <span class="caps">OBJ</span>’s veep for eight years is running for a seat he has long eyed.</p> <p>At the heart of the vote is the issue of security, the economy and corruption. The same set of issues that underlined the vote that saw Buhari defeat the then incumbent Goodluck Jonathan. </p> <p>The <span class="caps">APC</span> victory ended 16 years of <span class="caps">PDP</span> government. Eight for <span class="caps">OBJ</span>, Four shared by Jonathan and the late Yar Adua and four of Jonathan’s substantive first term.</p> 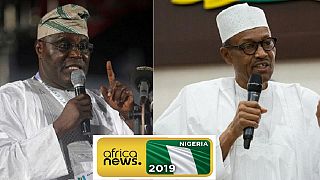 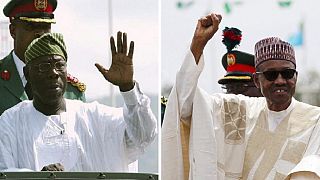