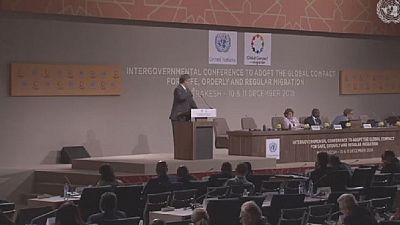 More than 150 countries adopted the United Nations Global Migration Pact on Monday in Marrakech (Morocco), defending it with strong pleas in the face of criticism from nationalists and supporters of border closure.

The non-binding pact seeks to better manage migration in a safe and orderly manner.

Like several leaders present in Marrakech, Mr. Guterres also denounced what he considers as the “many lies” about the Pact, which has generated political tensions in several countries.

The document still needs to be the subject of a final ratification vote on 19 December at the United Nations General Assembly in New York.

Some countries announced their withdrawal or the freezing of their decision after approving the text on 13 July in New York.

Despite this opposition, Mr. Guterres expressed confidence in the outcome of the process and lauded the presence of more than 150 countries during the conference.