Nigeria cabinet okays 2019 budget to be sent to parliament 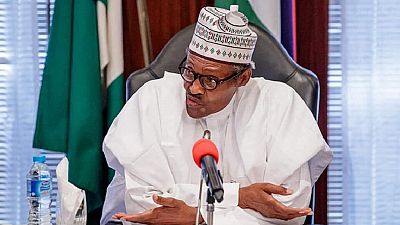 Nigeria’s cabinet has agreed to send the 2019 budget to parliament, the budget minister, Udoma Udo Udoma, said on Friday.

Udoma, speaking to reporters in Abuja, said the president would present the budget to parliament “as soon as possible”, but declined to give further details.

“The 2019 Budget is ready,” the presidency quoted the minister as saying. The next step will be presentation to the National Assembly, by the President.

A special meeting of cabinet was held on Friday for the purpose of ensuring that it could be presented to the National Assembly for approval.

It is seen as a crucial document within the context of the upcoming 2019 presidential elections. The Senate and House of Representatives will in a joint meeting receive it later next week.

PICTURES from a special Federal Executive Council (FEC) Meeting earlier, presided over by President MBuhari. After the Meeting, the Budget Minister disclosed that the 2019 Budget is ready. Next step will be presentation to the National Assembly, by the President. #Budget2019 pic.twitter.com/rkjvO7QjAd