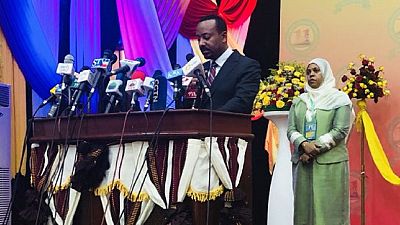 Ethiopia’s prime minister Abiy Ahmed made an impassioned appeal for democratic reforms that he has championed since taking office in April, telling members of the ruling coalition to back ‘bold ideas that matter most to the people’.

Abiy, was addressing about 1,000 delegates at the three-day congress of the ruling Ethiopia People Revolutionary Democratic Front (EPRDF), which is being held for the first time since 2015.

Abiy, took office on April 2, following the resignation of his predecessor Hailemariam Desalegn, who succumbed to two years of anti-government protests and calls for democratic reforms.

If we want to pass a prosperous nation to the next generation, we should join hands regardless of race, ethnicity, and religion as well as avoid robbery and political sabotage.

Upon taking office Abiy, a long-time member of the EPRDF who casts himself as a reformer in touch with the people, acknowledged state wrongdoing, particularly by security forces.

Despite winning praise for the pace and boldness, rising internal insecurity has marred his tenure as inter-ethnic violence continues to cause deaths, destruction of property and mass displacements.

Below are three key themes addressed by Abiy in his speech to the EPRDF congress on Wednesday.

Highlighting the fact that the 11th congress was taking place at a historical time when ‘we are into a course of change’, Abiy said the reforms initiated by the ruling coalition would ‘begin and not end life’.

‘‘The ideas for political reform are initiated by EPRDF and will be sustained if the party generates and guides bold ideas that matter most to the people,’‘ Abiy said in the southern city of Hawassa.

The Tigrayan People’s Liberation Front, an ethnic Tigrayan movement that had dominated the EPRDF until Abiy’s rise and led the fight against Mengistu, initially warned against making concessions to Eritrea.

According to Abiy, the reforms would be sustained by integrating young and experienced leaders.

“A political culture that discourages the past achievements of our predecessors and negate the efforts of the previous generation need to stop,’‘ cautioned Abiy.

Abiy then addressed the issue of inter-ethnic violence that is threatening to undo gains of ongoing reforms.

“A federal form of government is a preferred option in Ethiopia as long as we don’t confuse regional arrangements with ethnic identity,’‘Abiy said.

‘‘Each regional administrative unit should serve all citizens with respect and without discrimination.”

Ethnically charged violence has escalated since Abiy, was appointed prime minister, including in his own native Oromiya region where protesters first took to the streets in 2015 over perceived marginalisation by the state.

“If we are see a developed Ethiopia, we should not commit violence on the basis of ethnicity or religion,” he said.

Last week, more than 70,000 people, mostly ethnic Oromos – were targeted by members of other groups in the western state of Benishangul-Gumuz, regional officials said.

Abiy indicated in his speech that he would scale up the process of widening the political space, saying ‘we are at a juncture where we could make new history.

While the three day congress is expected to debate and pass resolutions on the ongoing reforms, Abiy told the delegates to focus on tackling unemployment and governance challenges.

“If we want to pass a prosperous nation to the next generation, we should join hands regardless of race, ethnicity, and religion as well as avoid robbery and political sabotage,” the prime minister said.

He stressed the importance of guaranteeing freedom of movement and rights of people to work anywhere in the country.

The congress is also being attended by several affiliate organisations of the ruling coalition, including political parties and invited guests from outside the country. 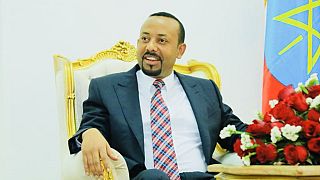 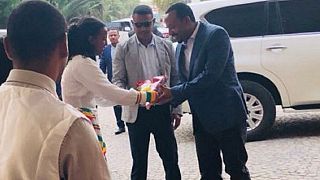 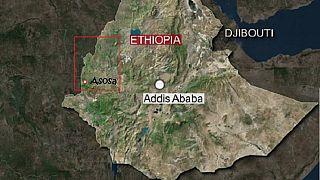