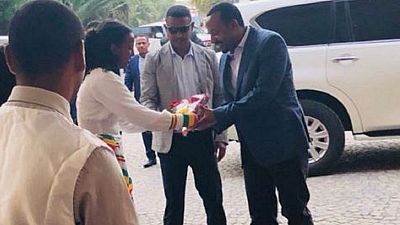 Ongoing reforms in Ethiopia will take center stage at the ruling coalition congress which starts on Wednesday.

The Ethiopian People’s Revolutionary Democratic Front (EPRDF) meets for three days as ethnic violence continues in parts of a country where more than 1 million people have been forced to flee their homes since April when reformist Prime Minister Abiy Ahmed. took office.

The gathering of more than 1,000 party officials is likely to re-elect Abiy as chairman in what would be effectively a vote of confidence in his leadership.

The 42-year-old took the helm of the once Marxist-Leninist EPRDF at a moment of crisis for the coalition that has ruled Ethiopia with an iron fist since toppling a military regime and taking power in 1991.

After three years of unrest, the coalition appointed him, a member of the Oromo ethnic group whose youth had risen up against the state demanding reforms, seeking to draw a line under the past.

It has not held a congress since 2015 due to the unrest that eventually forced the resignation of Abiy’s predecessor early this year.

Upon taking office Abiy, a long-time member of the EPRDF who casts himself as a reformer in touch with the people, acknowledged state wrongdoing, particularly by security forces.

He has consistently preached a message of forgiveness that he took to neighbouring Eritrea, where he forged peace after a nearly two-decade-long military stalemate.

Though the approach drew praise inside Ethiopia and abroad, Abiy’s rhetoric is beginning to ring hollow in some parts of the country due to the rising violence.

Some critics say he has loosened the ERPDF’s grip on the country and releasing political prisoners and lifting a ban on opposition groups led to the surge in ethnic violence as dormant rivalries were allowed to resurface.

Those critics say the fact that Abiy has managed to push through such sweeping changes in a matter of months is proof that his style runs counter to the EPRDF’s core beliefs which traditionally mean lengthy group decision-making.

“EPRDF’s political programme is revolutionary democracy, which at least by principle, acts like a glue that holds all the member parties together in the Front,” the Reporter newspaper said.

History at home, history across the Horn of Africa region and beyond and the biggest mark of history this far under his watch, rapprochement with neighbouring Eritrea. https://t.co/CVIGRkRx6d pic.twitter.com/dzdKv2NaF4