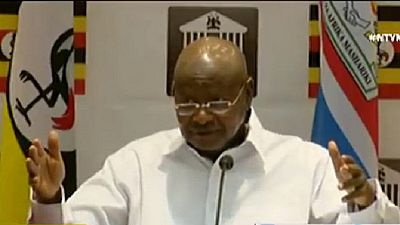 Ugandan president Yoweri Museveni has announced arrests made in respect of the murder of a vocal and controversial police chief, Afande Mohammed Kirumira.

He went on to name one of the alleged suspects who he said had been shot and died of his injuries. He also urged citizens to volunteer information that could help the work of the security agencies.

Museveni wrote on Twitter Monday morning: “Countrymen , Countrywomen and Bazukulu (young people), I am sure I am speaking on behalf of many of you when I congratulate the CMI squads which arrested a number of suspects in the killing of ASP Kirumira on Friday night. Quite a number of them will appear in court soon.”

It turns out that Kateregga Abdu was one of the ADF terrorists that had benefited from Amnesty in the past. This, therefore, is to put on notice all the killers that the wages of sin is death ( Romans 6:23 ).

Police announced late last week that they had made some arrests in relation to the murder that occured on September 9 as Kirumira returned to his home on the outskirts of the capital, Kampala. He has since been buried amid anti-government protests.

But whiles the police were the first to announce arrests, Museveni’s tweet suggested that it was the Chief of Military Intelligence, CMI, that had effected the arrests.

The president had in one of his press conferences last month, announced a three-pronged strategy to deal with insecurity in the country. The key plank being 24,000-strong Local Defense Units (LDUs) to be mobilized stressing that they were going to be armed to maintain security.

In March 2017, Felix Kaweesi, the deputy head of Uganda’s police was shot dead as he drove from his home. His killers have not been found. His killing prompted changes in the force’s hierarchy after Uganda’s president Yoweri Museveni vowed to ‘rid the police of weevils’.

In June, a law maker, Ibrahim Abiriga was shot dead with his body guard near his home on the outskirts of Kampala. No one has been charged for his murder.