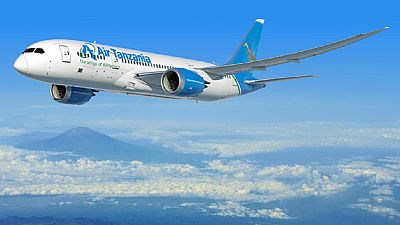 The much awaited Boeing 787-8 Dreamliner for Air Tanzania on Sunday finally landed at the Julius Nyerere International Airport (JNIA) for the first time.

The plane touched down at the country’s major international gate way at 5.18pm from the United States of America (USA).

The aircraft is part of the Air Tanzania plan to grow its operations across Africa as well as to International destinations.

“The brand new 787 is the first widebody airplane to join Tanzania’s flag carrier’s fleet,’‘ The Manufacturers said in a statement.

“We believe this is the perfect aircraft to realise our ambition to connect with the rest of the world through the initiation of intercontinental flights. I am delighted to be here today with Boeing and Rolls-Royce to celebrate this important milestone,” said Air Tanzania CEO Ladislaus Matindi.

President John Magufuli was the guest of honor who graced the event to receive the plane that will be leased to Air Tanzania Corporation Limited (ATCL).

The new aircraft becomes the fourth among seven aircrafts that have been bought by the administration of the fifth phase government that took office in November 2015.