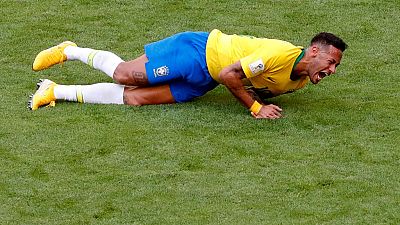 Brazil winger Neymar is a world class footballer who does not need to exaggerate when his is fouled because it does not earn him any sympathy with the fans, former Germany captain and World Cup winner Lothar Matthaeus said on Wednesday.

Neymar, who has scored twice so far to help Brazil into the World Cup quarter-finals in Russia where they will face Belgium on Friday, has been sharply criticised for a string of exaggerated reactions when clashing with an opponent.

“Neymar does not need it. He is an excellent player, one of the five best players in the world,” the 57-year-old Matthaeus, who won the 1990 world Cup with West Germany, told reporters. “Why does he need the acting?’‘

Neymar does not need it. He is an excellent player, one of the five best players in the world. Why does he need the acting?

“It does not bring him sympathy. (1986 World Cup winner) Diego Maradona was not acting, (Argentina captain) Lionel Messi is not acting. We need players like Neymar but not the acting.”

Neymar has also been ridiculed by many football fans on social media.

These kids are training to be the next Neymar…. ???pic.twitter.com/zE2w8eP8vq

Referees should deal with play-acting

Matthaeus said it was up to referees to put a stop to it, adding that during his playing days Colombia’s Carlos Valderrama was one such culprit but now there were just too many.

“I remember Colombia (against England on Tuesday) how they were acting,” he said. England beat Colombia 4-3 on penalties in a bad-tempered game that was almost constantly interrupted with referee Mark Geiger booking six Colombians and two English players.

“In the 1990s they had one Carlos Valderrama, now Colombia have six. I don’t like this provocation and acting and I cannot understand why a player likes to cheat. With video assistant referees (VAR) this should not be possible.”

Matthaeus also blamed Geiger for not punishing players for it.

“You have to cut this. He (Geiger) forgot to cut it at the right time. He let them (Colombians) do it.”

Geiger awarded England a penalty in the 57th minute but Harry Kane needed to wait several minutes before taking it as Colombian players had surrounded the referee, disputing his decision.

“With the penalty we missed three minutes of football because of the discussions. We don’t need this acting. We want to see football games, people always come to watch a football game. If they want acting they should go somewhere else,” the German said.