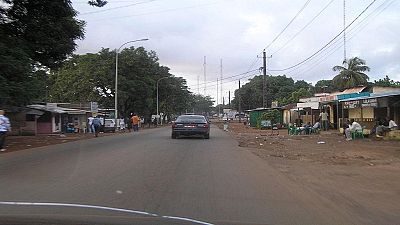 Drivers in Conakry, Guinea have staged a strike over increasing fuel price hikes. The driver’s union in the West African nation called for the strike following four days of protest. On Wednesday, July 4, the streets of Conakry were almost empty, while residents bore the brunt of the strike action.

“I pick up passengers and go on two to three trips but it’s not even worth the price of a litre of fuel. We want change. They say that today there is no work but I will go out because I can defend myself if anyone dares to attack. I will defend myself. We want Alpha Condé himself to leave instead of kidnapping “Kashori” ….Alpha himself just has to leave”, said a taxi driver, Amadou Diallo.

“We are tired with this fuel thing, the government should reduce the price of fuel. We have children and they are all in school. Life is very difficult. They must reduce the cost of fuel. Look at the city the way we have not yet finished cleaning the city and we have increased the price of fuel”, Mrs Bah, a businesswoman laments.

We are tired with this fuel thing, the government should reduce the price of fuel. We have children and they are all in school. Life is very difficult. They must reduce the cost of fuel.

Guinea’s Minister in charge of hydrocarbons, Diakaria Koulibaly told Africanews that the increasing fuel price hikes was a desperate measure taken due to the happenings on the global markets.

‘‘The state granted a 40 percent increase after negotiations with the union. This was not provided for in the budget, it was an exceptional charge that was granted to ensure social peace because the economy cannot be detached from it. But to cope with this exceptional burden, the State has made drastic efforts in terms of the budget’‘, Koulibaly added.

The Government however said, it was continuing talks with social actors to resolve the impasse. 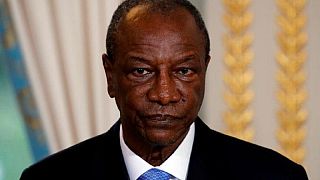