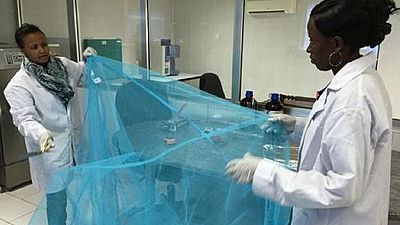 Zambia aims to eradicate malaria, the country’s biggest killer, within three years after deaths from the disease halved last year from 2014, the health minister said on Wednesday.

Health Minister Chitalu Chlufya told reporters the southern African nation had recorded a decline in malaria incidence rates from 407 cases per 1,000 in 2014 to 336 cases per 1,000 last year and would be malaria-free by 2021.

“One of our big goals is to eliminate malaria by 2021. It counters progress in development but it is a preventable and treatable disease,” Chilufya said.

One of our big goals is to eliminate malaria by 2021. It counters progress in development but it is a preventable and treatable disease.

Winning the fight against malaria

Chilufya said the government had also stepped up indoor spraying, surveillance and research.

Officials at the World Health Organization (WHO) in Zambia could not be reached for comment.

The world has made huge strides against malaria since 2000, with death rates plunging by 60 percent and at least six million lives saved globally, WHO says.

But efforts to end one of the world’s deadliest diseases, which kills about 430,000 people a year, mostly children in sub-Saharan Africa, are under threat as mosquitoes become increasingly resistant to measures such as bed nets and drugs.