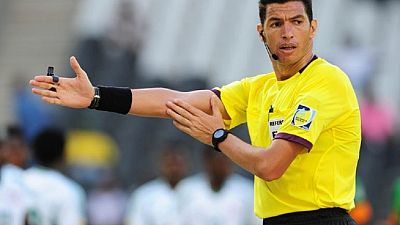 FIFA announced that the 42-year-old will referee his first World Cup finals match on Sunday in Nizhny Novgorod.

Egyptian referee Ghead Grisha will take charge of his first match of the tournament when #ENG face #PAN at the #WorldCup in Nizhny Novgorod on Sunday. pic.twitter.com/jgxmMOE7Lp

Grisha will be assisted by Moroccan Redouane Achik and Sudanese Walid Ahmed as assistant referees. Tahitian referee Norbert Hauata will be fourth official.

England will be hoping for better officiating after Monday’s narrow 2-1 win against Tunisia.

Aggrieved by the penalty awarded by referee Wilmar Roldan against Kyle Walker, the lack of intervention by the video assistant referee when Harry Kane was manhandled at corners also went unpunished.

Egyptian referee Ghead Grisha is in charge of England's next game vs Panama. #ThreeLions https://t.co/dSccCXW1Lg