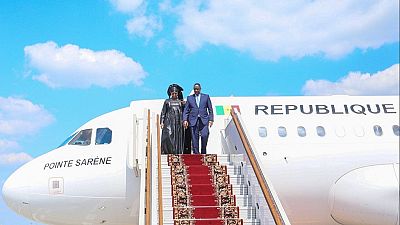 Senegal’s president, Macky Sall arrived in Russia on Monday, where he is to among other things take on the role of cheerleader in chief for the national side that take on Poland in a Group H game at the World Cup on Tuesday.

The president who travelled to Russia with his wife, is also due to meet his Russian counterpart Vladimir Putin. The president’s office also confirmed that Sall will watch Senegal play Poland at Spartak Stadium.

All eyes on Senegal

Senegal are making a comeback to the World Cup after their brilliant debut in 2002 where they beat defending champions France in the run to the quarter final stage, where they were eliminated by an equally brilliant Turkish side.

After the disappointing opening game losses by other African teams Egypt (1-0 to Uruguay), Morocco (1-0 to Iran), Nigeria (2-0 to Croatia) and Tunisia (2-1 to England), Senegal remains the only hope of Africa for its first positive result at this year’s World Cup.

Macky Sall, who is annual holiday, was invited to Russia by FIFA secretary general Fatma Samoura, who is also from Senegal, the presidency office said. The statement was released to placate heated debate that had emerged after it was revealed that the head of state would be in Russia for twelve days. The trip has since been reduced to three days.