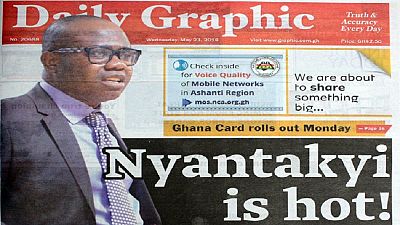 The Ghana Football Association (GFA) has finally spoken on the arrest and subsequent bail granted its president Kwesi Nyantakyi.

The GFA statement issued on Thursday stressed the innocence of its president until he was proven guilty, they added that the embattled administrator had the backing of the topmost decision making body of the association, the Executive Committee.

Nyantakyi, a CAF vice-president and FIFA executive committee member is at the heart of a corruption documentary in which he is said to have defrauded people with the name of the president and vice president of Ghana.

The statement signed by GFA General Secretary Isaac Addo read in part: “The GFA President being a law abiding citizen respects the law, he is not a flight risk and has indicated his willingness and availability to the investigative authority anytime he is required to do so.

“Following a meeting of the Executive Committee of the GFA on Thursday, the body wishes to state that nothing has changed in terms of the GFA hierarchy and Mr. Nyantakyi still remains the President of the Ghana Football Association.

“Any statement contrary to this must be disregarded. We wish to re-iterate that Mr. Nyantakyi has the full support of the Executive Committee of the Ghana Football Association (GFA).”

The arrest and subsequent bail is linked to a yet to be released investigative documentary by an investigative journalist Anas Aremeyaw Anas. The piece titles ‘Number 12,’ has shaken the football fraternity given that the first culprit has been its leader since 2005.

Meanwhile, CAF and FIFA in response to queries by local media said they were monitoring the situation and had nothing substantial to say at the moment. Nyantakyi was granted bail by the police on Wednesday after he returned to the country from official CAF duty in Morocco.